1 home a total loss, another damaged in SE Rochester fire 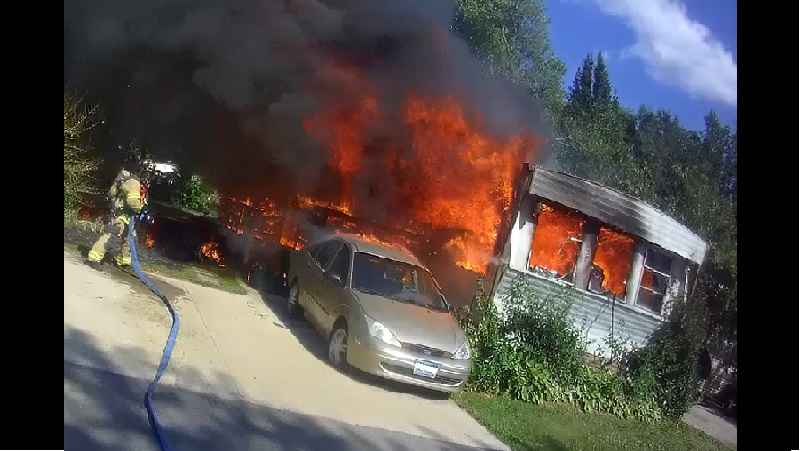 (ABC 6 News) – The Rochester Fire Department said one person was taken to the hospital for smoke inhalation after a fire at a mobile home Friday afternoon.

That home and one vehicle are a total loss, plus a neighboring mobile home also suffered an estimated $75,000 worth of damage.

Fire crews were called to the 1600 block of Marion Road SE around 4:30 p.m. for a report of fire, when they arrived they saw heavy black smoke coming from roughly 85% of the home, and witnesses told crews a woman was trapped inside.

Crews were able to suppress a large amount of the fire within 4-5 minutes, but did not find a person inside. Shortly after fire crews discovered all occupants had made it out of the house, and a woman was taken by ambulance to Mayo Clinic Hospital Saint Marys Campus.

The Red Cross was called in to provide assistance to the neighboring home that also suffered fire damage.