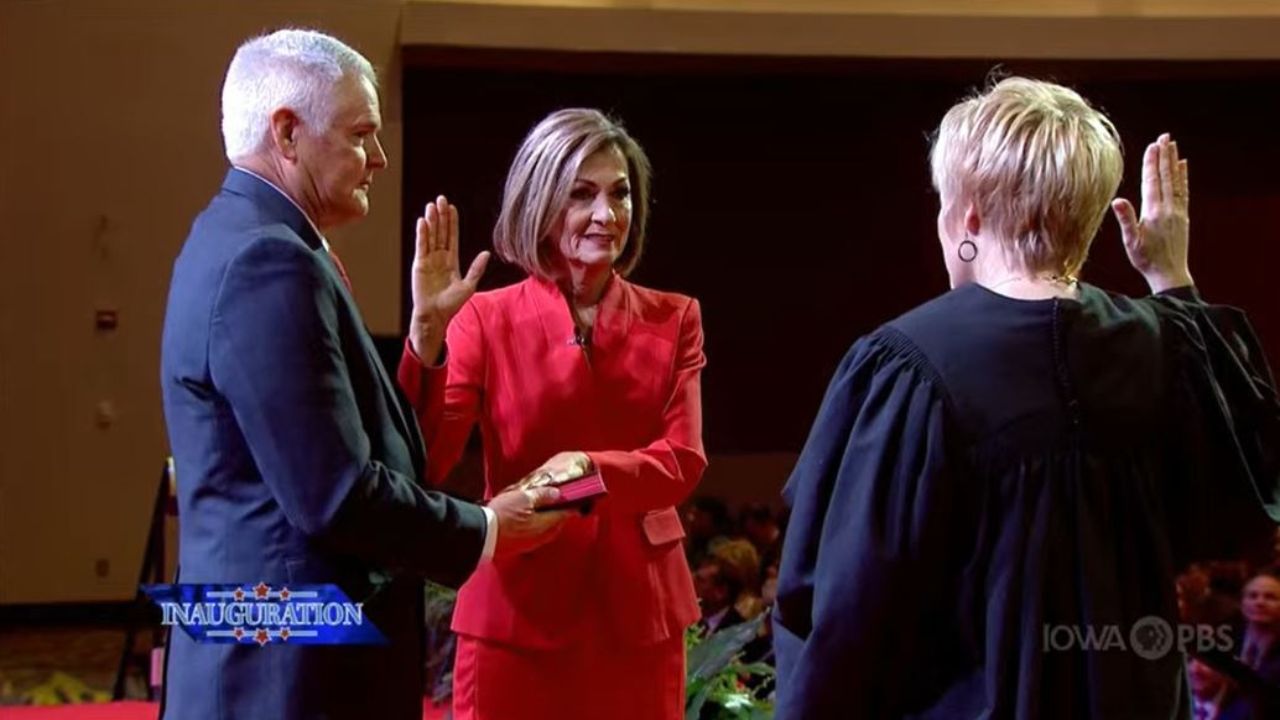 (ABC 6 News) – Iowa Governor Kim Reynolds was sworn-in for her second full-term in office during a formal inauguration ceremony at the Iowa Events Center on Friday morning.

Iowa voters reelected Reynolds in the November midterms last year as she campaigned on a record of tax cuts and conservative handling of the state’s economy to defeat Democrat, Deidre DeJear.

Reynolds delivered her annual Condition of the State address on Tuesday. One of her biggest topics was the school voucher program.

Under the plan, Iowa students would have the option of using more than $7,500 in state money annually to pay for private school. She has tried unsuccessfully twice before to enact a less expansive program of taxpayer-funded scholarships for private school.

Democrats argue Reynolds is shifting taxpayer money to private companies that are not held accountable like state institutions are.

Two other issues Reynolds tackled in her speech are the opioid crisis — announcing a new state public awareness campaign about fentanyl.

And shrinking the state government — saying she wants to reduce 37 cabinet positions to just 16.