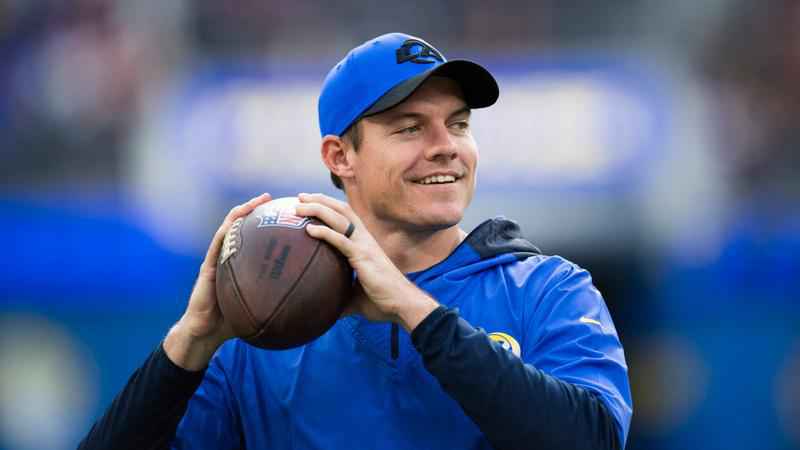 The team made the announcement via a news release on its website.

“As I spent time with Kevin during the interview process, it became immediately clear he will be a great partner in building this football team for long-term success,” Vikings General Manager Kwesi Adofo-Mensah said in a statement. “He understands what is critical to leading a team that wins at the highest level, and he has an ability to simplify the complex, which will help us in problem-solving in all football areas. He is a genuinely positive person who will help create a high-energy internal environment.”

Kevin O’Connell on being named the #Vikings head coach pic.twitter.com/gqapLXoo48

“We are ecstatic to add Kevin as our head coach,” Vikings Owner and President Mark Wilf said in a statement. “He is a strong leader, an innovative coach and an excellent communicator. Kevin played the game at all levels, which gives him a unique connection to players, and he is highly respected throughout the league. Vikings fans should be excited for the future of this team under Kevin’s direction.”

Vikings Owner and Chairman Zygi Wilf added, “Kevin is an impressive and respected leader who has been a part of some explosive offensive schemes. He has a tremendous football IQ and is passionate about preparing, developing and communicating with his players. Beyond the Xs and Os, everyone we spoke with throughout this search process spoke highly of Kevin’s ability to motivate players, coaches and staff.”