(ABC 6 News) – When it gets as hot as it is Monday, even utility companies start to sweat.

“Here we are in the middle of June with some high heat, high electric demands, which are flipping us into a peak alert event,” said Alex Bumgardner, the utilities operations director at Austin Utilities.

Austin Public Utilities issued a peak alert Monday asking customers to power down to keep the power on.

“Turning off lights, and not charging devices, running computers. That kind of thing is all going to help at the end of the day.”

To avoid overwhelming the system, you can also turn the thermostat up two degrees and stop using your washing machine.

“Just an individual in a home, that does a couple little things, but isn’t going to have a large impact, right? But if we have 10,000 customers that are all saving a little bit in each home, that adds up," Bumgardner said.

Then there are others who save energy inside, by spending time outside.

“Well you know there’s just going to be a lot of hot days. So we can’t stay inside all summer,” said Janelle Killam who was at the park with her children. “It’s still nice seeing the sun and having the longer day.”

A mom who also wants to keep her kids safe because heat like this, is dangerous.

When in hot temperatures, make sure to drink plenty of water and to take breaks if you must be outside. 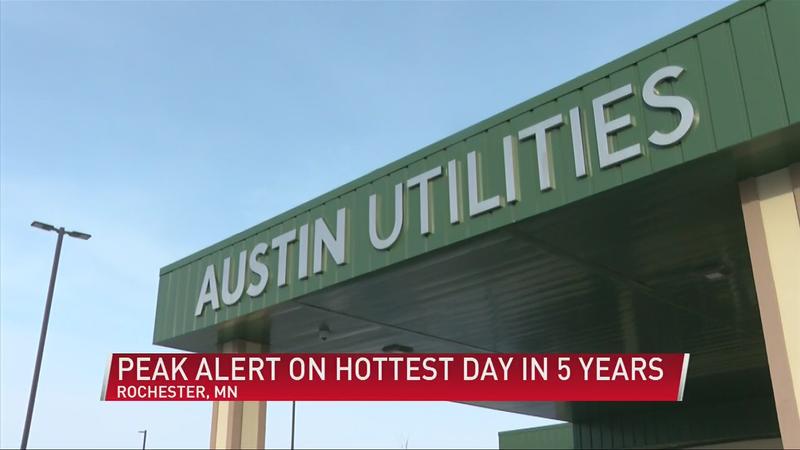