(ABC 6 NEWS) – UPDATE: The Dodge County Sheriff’s Office said the man in custody following an incident in Claremont was making threats while brandishing a machete at a neighbor’s apartment.

In a press release sent Monday morning, the sheriff’s office said 40-year-old Samuel Ramirez had broken into a neighbor’s apartment because of an argument over money. Ramirez was reportedly intoxicated at the time and was holding a machete and attempting to assault the neighbor and another person inside.

Ramirez went back to his own apartment and barricaded himself inside. Negotiations were attempted with no success. Responding law enforcement forced entry into the apartment and took Ramirez into custody.

No injuries were reported. An investigation is ongoing.

Ramirez is being held and is facing a possible charge of 1st-degree burglary. Additional charges are possible. 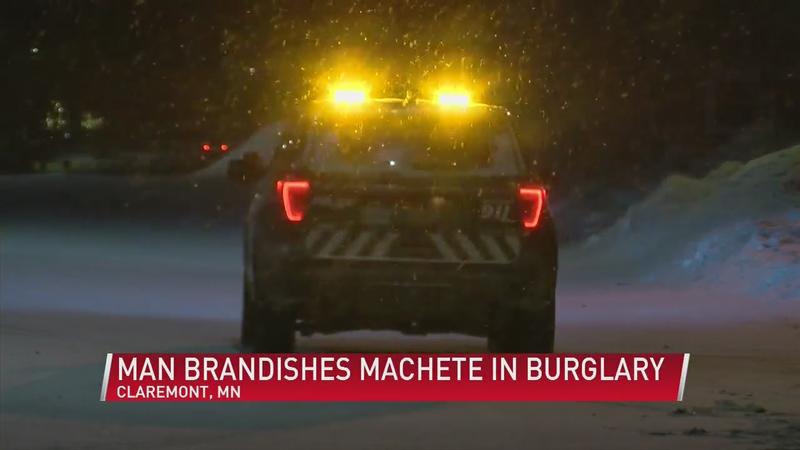 One suspect is in custody after a law enforcement situation in Claremont.

The situation wrapped up and a suspect was in custody by around 7:30 p.m.

Now, we’re hearing from the victim. He says the suspect is his neighbor, he was upset over personal matters.

The victim, Kenyetta Elwoods, says he tried to de-escalate the situation himself, but the suspect was drunk and he tried to break down Elwoods door.

Elwoods and his girlfriend retreated into the bedroom for safety.

"He went across the hall, came back after some time kicking on the door with a machete. I was more scared for her. I mean me, I was cautious as hell he had a machete," Elwoods said.

Elwoods says the suspect, who he doesn’t want to name at this time, locked himself in his nearby apartment once authorities arrived.

Elwoods says people in the apartment complex are tight-knit and are a little shaken up.

Authorities say there is no threat to the public. This is an active investigation, and we expect to hear more in a press release Monday morning.