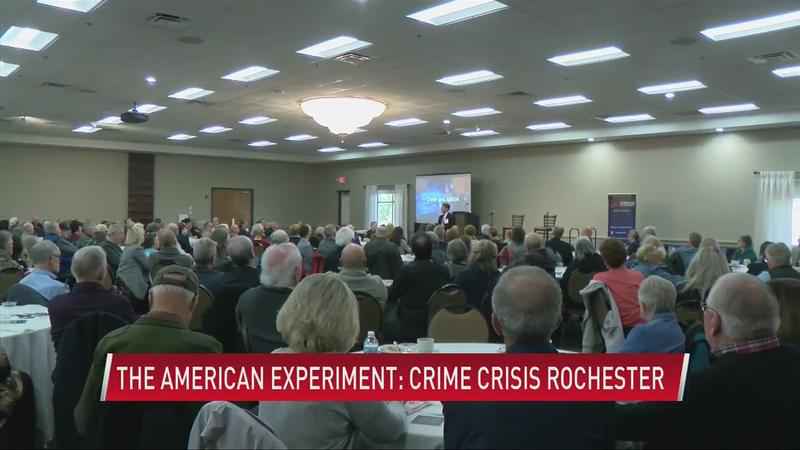 The CAE said Friday that it dismissed its claim against Erin Nystrom as well.

The case was dismissed "with prejudice," which means the CAE may not pursue the same lawsuit against the country club in the future.

No costs, disbursments, or attorney’s fees were awarded to any party.

Bill Walsh, with the Center of the American Experiment, said the CAE presented the Rochester country club with a bill of costs incurred by the cancellation — $5,300.48 — which was paid in full.

"There’s nothing more to pursue," he said. "We’re satisfied."

The Olmsted County Court judgement does not mention payments outside of court.

The CAE sued the country club for breach of contract after what they claimed was a "last-minute" cancellation of its Crime Crisis event on March 15.

The event was rescheduled and held April 26.

They further sued club member Nystrom, who started a petition to ask the country club to cancel the event, citing "malicious" intent.

According to court documents, Nystrom’s attorney argues that she expressed her opinion as a due-paying member of the country club, but had no control over the decision to allow the CAE not to host its event there.

On May 11, 2022, Rochester Golf and Country Club settled the case brought by Center of the American Experiment. To reach a settlement, the Club agreed to pay CAE $5,300.48 without any admission of liability or wrongdoing. The complaint CAE filed against the Club in Olmsted County District Court claimed damages “in excess of $50,000.00.” By settling now, the Club avoids the significant costs of litigating CAE’s claims, which it continues to reject. Although the Club continues to reject CAE’s claims, it is pleased to have reached a final resolution. CAE’s lawsuit has now been dismissed with prejudice.