(ABC 6 News) – Two sisters finally feel as though their lives are complete after 64 years.

Shelly Michels and Jolene Brislawn found each other unexpectedly six weeks ago online through a genetic DNA testing site.

Jolene said she took the test because she was curious about her nationality, but when she got her report the words ‘half sister’ left her speechless.

The two connected and said it was an instant connection, saying they have a lot of the same mannerisms and interests. They also discovered both their mothers died of colon cancer.

"I took care of Mom in the home with her cancers, I was always with her and she talked about the two little girls that she had and she always wondered where they were at… ‘I wonder what their names are, wonder if they’re ok, I wonder if they’re living’ well, here’s one of them," said Jolene. 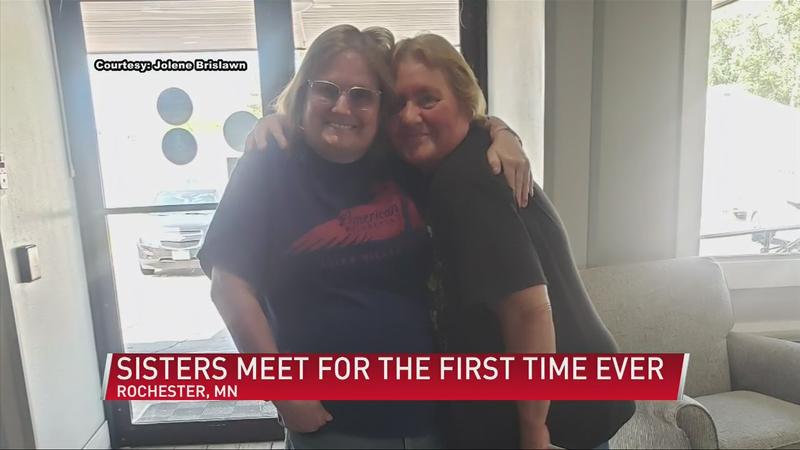 Shelly said she was adopted 64 years ago, and though they spent their whole lives apart they were only living about three hours away from each other, Shelly living in Roseville, Minnesota and Jolene living in Lansing, Iowa.

"Me too, as a matter of fact, after 64 years my life is complete… I found the best sister I could ever have, my best friend" added Shelly.

While the pair says a missing piece of their lives has been filled, they still have another sister out there, Linda, who they’re still searching for.