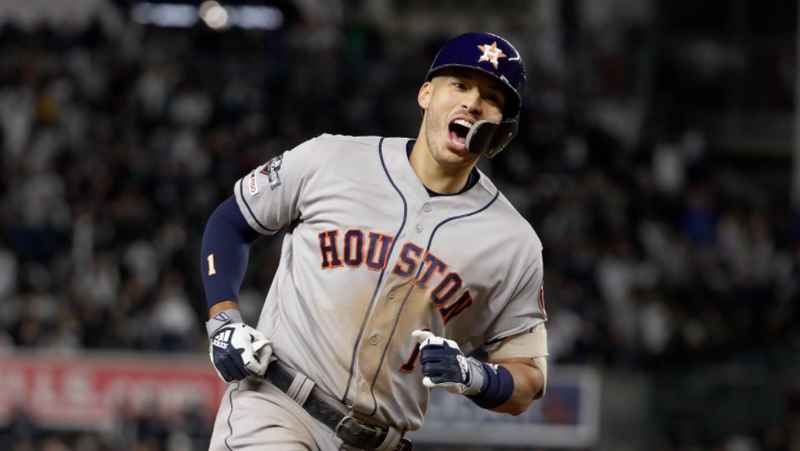 FILE - Houston Astros shortstop Carlos Correa (1) reacts as he rounds the bases after hitting a three-run home run against the New York Yankees during the sixth inning of Game 4 of baseball's American League Championship Series, o, Oct. 17, 2019, in New York. Correa agreed early Saturday, March 19, 2022, to a $105.3 million, three-year contract with the Minnesota Twins, a person familiar with the negotiations told The Associated Press. The person spoke on condition of anonymity because the agreement was subject to a successful physical.[AP Photo/Frank Franklin II, File]

The Minnesota Twins have officially announced the signing of Carlos Correa, a few days after agreeing to terms with the star free agent shortstop.

News of the deal broke early Saturday morning and shocked the baseball industry.

Correa, who was widely considered the top free agent on the market, signed a three-year deal that he can opt out of after each of the first two years. It will pay him $35.1 million annually, making him baseball’s fourth-highest paid player.

Correa has also been productive in the postseason, hitting .272 with 18 home runs, 59 RBI, a .344 on-base percentage and an .849 OPS in 79 career games. He already ranks sixth on the all-time list for postseason RBI and is tied for seventh in home runs.

To make room on the 40-man roster for Correa, the Twins designated pitcher Ralph Garza Jr. for release or assignment.