The Olmsted County Sheriff’s Office responded late Tuesday morning to a call from a business on Main Street North, which Capt. James Schueller said has been hit by catalytic converter thefts several times in the past.

Schueller said the business owner reported that the catalytic converters had been cut off of seven large vehicles, and because the vehicles were high-end, the loss of the parts alone was estimated at $25,509.

Schueller said labor to replace the parts will increase that total.

The Olmsted County Sheriff’s Office joined a catalytic converter theft prevention program in the spring, and encourages vehicle owners to register the expensive part so it can be returned if stolen and then recovered. 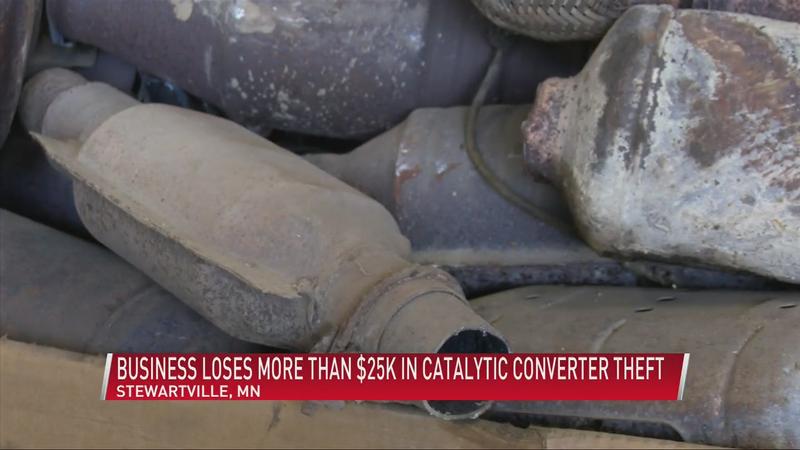