(ABC 6 News) – A Veterans health care bill that is making its way through Congress, aims to help veterans suffering from severe illnesses, get the treatment they deserve.

ABC 6 News spoke with U.S. Senator Tina Smith Thursday about the bill. The measure for “Atomic Veterans” provides medical treatment to veterans suffering from exposure to toxic radiation while serving, which causes illnesses such as cancer later in life.

"Part of this legislation includes my bill to provide help to veterans that were exposed to radiation on the Marshall Islands decades ago and these veterans in some cases were sent to clean up radioactive waste wearing nothing, but shorts and rubber boots and for decades, they worked to get help for the health care that they need," said Smith. "So, this is a big step in the right direction and it is long overdue and will make a big difference to veterans in Minnesota and all over the country."

Before this legislation, veterans had to prove their cancer came from direct exposures to toxins. But now, this bill removes that burden of proof. Smith says as long as you are a veteran who worked in those dangerous environments during your service and you have serious illnesses, you will be given health care treatment.

"If you, during your service, worked near a burn pit pit in Iraq for example and then years later you develop some sort of cancer, you would have to go back into your service records, trying to get a hold of your service records and then try to present to the VA the documentation that says yes, I have cancer today and here you can see 20 years ago and my records that I worked in a burn pit, well as you can imagine, that’s very, very difficult," said Smith. "So to have the presumption that your illness was caused by that service just makes it so much easier for veterans to get their health care and of course, this is health care that they earned through their service and they shouldn’t have to prove again that they’re worthy of getting that care." 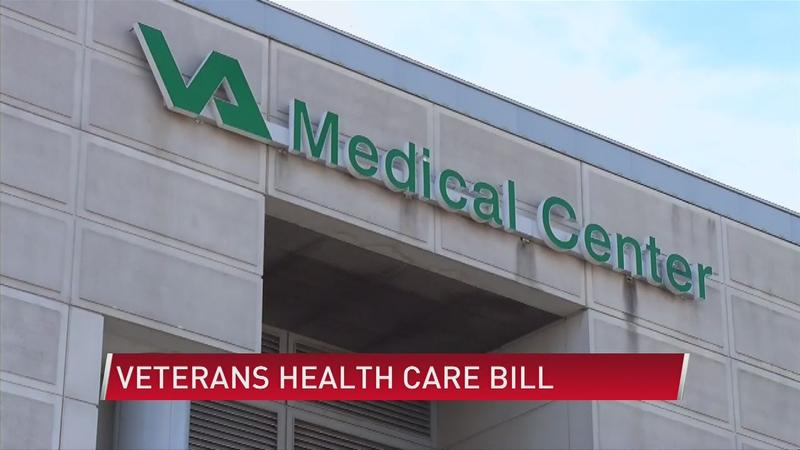 A companion bill has already passed in the U.S. House. The Senate version has bipartisan support and the Smith says she is hopeful it will make it to the president’s desk.