(ABC 6 News) – School start times were back on the agenda at the Rochester Public School board meeting Tuesday night.

Feedback was given on this school year’s start times as the school board worked with researchers from the University of Minnesota to examine the current start times.

The study revealed two major findings: That elementary students were losing primary learning time when the kids are most alert and engaged. Meanwhile, middle and high school students have benefited from the later start times.

Based on that feedback the board decided to look at an alternative start time, which they’re analyzing right now. 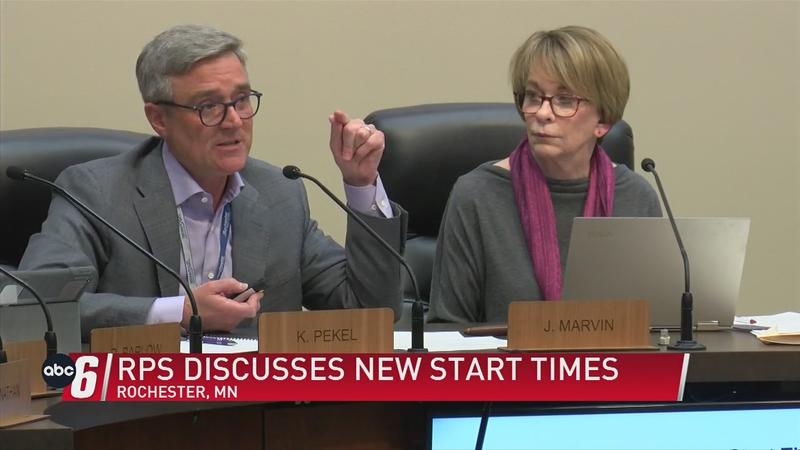 Right now the school board is saying there are a few other issues that need to be dealt with before moving forward.

"This is particularly complex because we’re doing all of this at exactly the moment that we are completely redrawing the map of Rochester Public Schools because we’re changing school boundaries and we’re opening schools and closing one school," Superintendent Dr. Kent Pekel said.

Dr. Pekel called it a "chicken and egg problem" explaining that the district first needs to redraw the school boundaries, then tackle the busing situation all before they can work on changing start times. All of that will cost money.

Pekel said the district will get further input on the proposed start times from the public if it moves forward.

Feedback was also given on Staff Planning and Wellbeing Days at Tuesday night’s meeting. The board heard from school staff who said these four days a year give them the time and space they need to safely bring the staff together, build connections and learn from each other. They add this is especially true for new staff who felt distanced over the past two years due to the pandemic.