Experts say inflation is the highest it’s been in 40 years. Inflation rates do normally increase, and the Federal Reserve typically reports about a one to two percent influx year to year. However, right now the United States is seeing about a 7.5 percent price increase on goods compared to this time last year.

"The problem is the pandemic came along and we had to change things very fast," said Dennis Lawler, an economics instructor at Rochester Community and Technical College.

Minnesota gas prices have risen .08 per gallon in the last week, and shoppers say that combined with high prices at grocery stores means they’re having to watch their spending.

Recent price hikes are not unique to Silver Lake Foods, however. 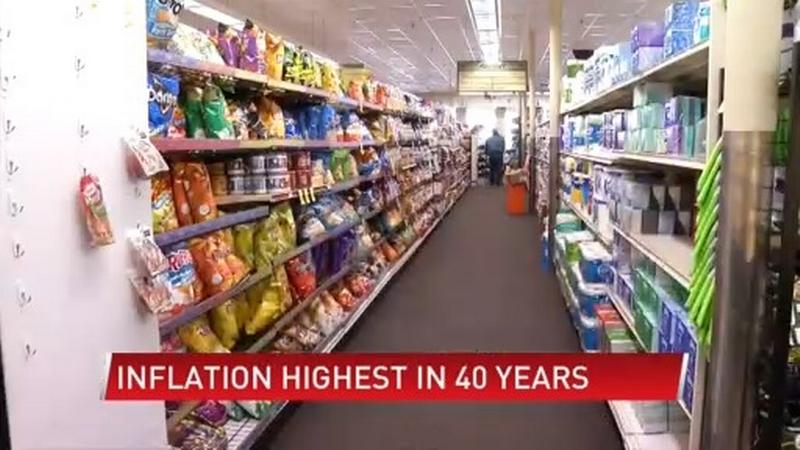 "Our daughter and son-in-law have two young children and they talked about it a lot. The impact of this inflation and where do you cut back and how do you cut back?" said Ginger Holmes, another shopper at Silver Lake Foods.

The jump comes from supply chain glitches due to the pandemic. The federal government sent out stimulus payments to fend off a recession last year, but those same stimulus payments caused an increase in demand.

"There is too much money going around and not enough goods being put out into the market," said Lawler.

Experts say that by this time next year inflation rates may return to normal, but for now lower income families and those living paycheck-to-paycheck will be impacted the most.

Experts also say that while inflation doesn’t look good for the political party in the White House, people should not pin the increased rates on any one president or administration.

"They say it’s Biden’s fault. They say it’s Trump’s fault. Well it really isn’t. Circumstances have come along this way and have driven us to a time of great uncertainty in regarding the economies of the world," Lawler said.