This management plan for Rochester is a humane way to reduce the growth in the goose population and is very cost-effective.

"We’re trying to find a healthy balance. We’re not trying to get rid of geese," Paul Widman, Director of the Rochester Parks & Recreation Department, said.

The Parks & Rec Dept. has switched from adding eggs last year with corn oil to replacing them with ceramic eggs this year for a number of reasons. It is a little less messy and more convenient.

Both of these addling methods are recommended by the Humane Society of the United States as both are seen as humane ways to control the population of geese. 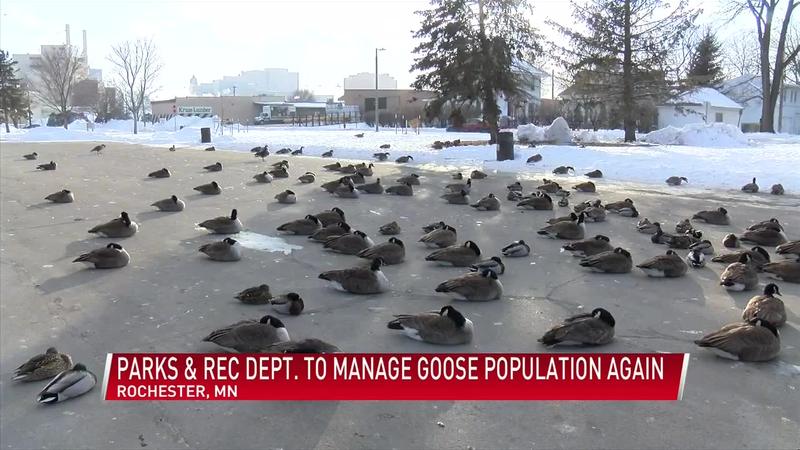 "This by far is the least expensive and the most humane way to approach the issues that we’re having with geese conflicts," Widman said.

One of the biggest complaints from Rochester residents and park-goers is the goose feces on trails and by the lakes.

"From the very beginning our goal was to create a more humane co-existence between geese and people," Widman added.

A goose will lay anywhere from four to 10 eggs per nest. What the volunteers do is called a float test once the eggs are laid. Any egg that has not reached 14 days of maturity will be replaced with a ceramic egg. If an egg has gone beyond the 14 days, it stays in the nest and it will hatch.

"We want geese to continue to be part of the park experience at Silver Lake and other parks in our system," Widman said.

Widman added people should not feed the geese, as you should not be feeding any wildlife.

If you want to learn more or are interested in volunteering this year, you can complete a volunteer form here.