Rochester Honkers open the 2022 season with a win

(ABC 6 News) — It was a lot of buzz going into the 2022 season for the Rochester Honkers. The team unveiled a new logo and new jerseys, and of course, there were many new faces on the team.

The team has been making gradual improvements from season to season and officials hope starting the 2022 edition with a win will be a precursor for success.

In the first inning of their game with the Willmar Stingers, the Honkers showed off their defensive prowess when the catcher made a perfect throw to second baseman Alex Ritzer who picked off Willmar’s Aidan Byrne.

Honkers first run of the game came in the bottom of the first inning when Will Asby hit an RBI double into center field to score Ritzer.

Asby’s three-run homer in the bottom of the third would add cushion for the Honkers who went on to win 5-2. 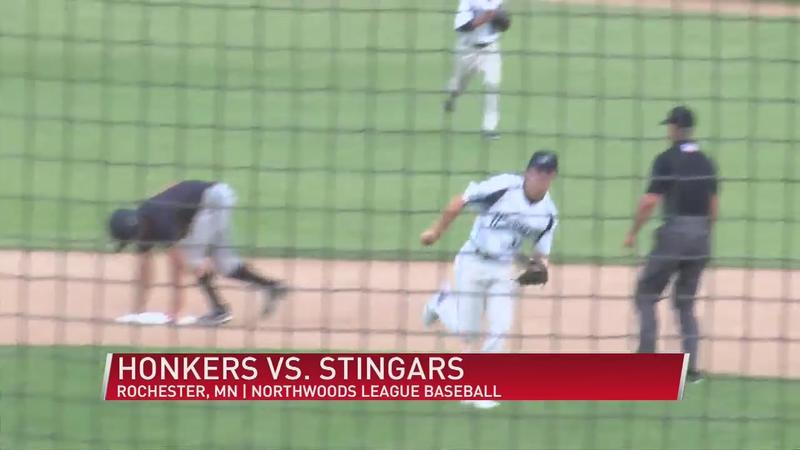 They’ll face the Stingers in a rematch Tuesday at 6:35 pm