(ABC 6 News) — A year ago, the Rochester Grizzlies’ championship hopes were crushed in a 5-1 loss to North Iowa.

This year, they don’t intend to repeat history after dominating the Helena Bighorns 4-1 in the Fraser Cup Semifinals on Saturday.

Thing initially didn’t go Rochester’s way and Liam Bland of Helena struck first, his goal coming with 6:24 left before first intermission. But the likes of Austin Meers, Ben Oakland and Layten Liffrig all pitched in as the game progressed, ballooning the score comfortably in the Grizzlies’ favor.

Meers would score again in garbage time as the final horn sounded off, with Rochester once again playing for the Fraser Cup Championship on Sunday. The final team in the Grizzlies’ way will be their neighbors from Sauk Rapids, the Granite City Lumberjacks.

You can catch this all-Minnesota matchup of the Fraser Cup on HockeyTV.com, puck drop is at 3 PM. 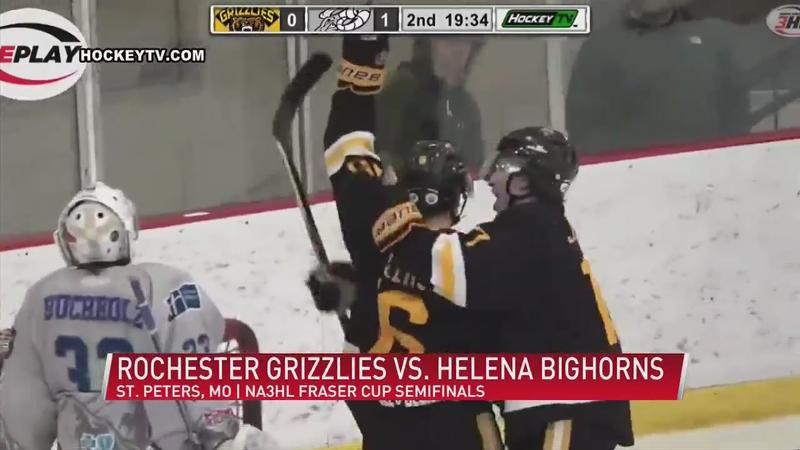