(ABC 6 News) — As Rochester FC prepares for its home opener on Friday, a mix of new and returning players aim to lean on each other on the path to victory.

Returning forward Josh Donker is a returner, this year being his second with the team and has high standards for himself.

"Last year, I came off injuries before the season started so, I wasn’t able to get into the groove of things," Donker said. "So, hopefully, this year I can, like, do a lot better, whether it’s assisting or scoring goals."

Rochester FC lost its opening game to Austin Villa FC before settling for a draw against Ebusua FC; results Donker knows the team is not content to have frequently.

"Obviously, we didn’t get the result that we wanted in the first and the second game," Donker pointed out. "So, hopefully, this game we come in, I feel like we’ve all — everyone that hasn’t been on the team yet is all back together. So, hopefully, like, our chemistry is already built up. Like, we’ve worked together enough. Like, Coach [Muharem Dedi?] has a new scheme that he wants us to work with. So, hopefully, tomorrow, we can put that together and get a victory in front of the home crowd." 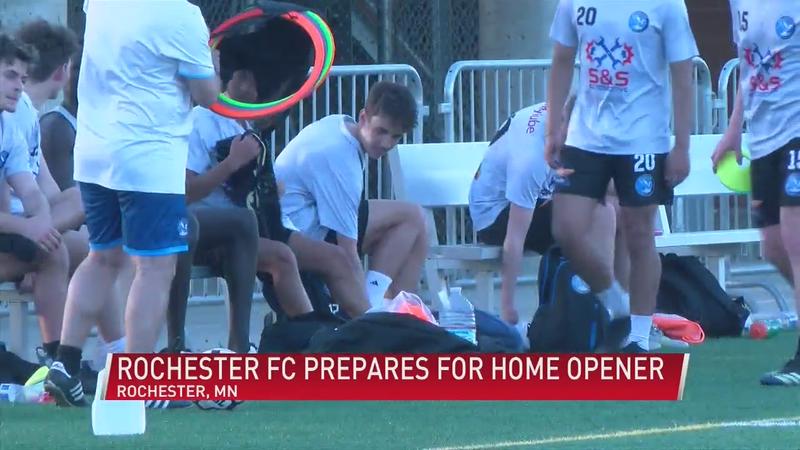 Rochester FC’s home opener against the Maplebrook 58ers is at 7 PM on Friday at RCTC.