(ABC 6 News) – The City of Rochester has been awarded $4,339,344 under the Grants for Buses and Bus Facilities program.

The city will use the grant award, along with a 20% local match, to fund Rochester Public Transit projects starting in 2022 and extending for the next three to four years.

Approximately $1.6 million will be used to construct a new park-and-ride facility at US Hwy 52 and 75th Street NW. A surface lot with a capacity of 490 vehicles, 75th Street Park & Ride will be the first such facility owned by the City of Rochester. Design is underway on the project with construction expected to begin this year.

The RPT passenger experience will improve thanks to approximately $2 million investment in bus stops and rider information systems. Included in the grant is funding for a multi-year project already underway to improve hundreds of bus stops around Rochester. The city will replace 55 shelters that are at or near the end of their useful life. The City will also address a list of 186 priority bus stops that need improvements to comply with provisions in the Americans with Disabilities Act (ADA).

Additional improvements include improved signage, benches, waste receptacles, and improved digital rider information systems at key locations. The improvements come as RPT is nearing completion of a transit development plan which will guide service enhancements and capital investments in the next 5 years.

The Grants for Buses and Bus Facilities Program (49 U.S.C. 5339) makes federal resources available to states and direct recipients to replace, rehabilitate and purchase buses and related equipment and to construct bus-related facilities including technological changes or innovations to modify low or no emission vehicles or facilities.

In a joint press release, Minnesota’s two senators praised the announcement. “Creating greater access to public transportation keeps our communities connected to jobs, schools, doctors and more,” said Sen. Tina Smith “Rochester continues to grow and this grant is an opportunity to make an important investment in their local transit system.”

At an event Monday with Vice President Kamala Harris to announce $1.47 billion in grant funding, Secretary of Transportation Pete Buttigieg remarked, “This is another example of President Biden’s Bipartisan Infrastructure Law in action. We’re making the largest ever investment in this program for buses and bus facilities, helping to deliver better commutes and cleaner air to American communities.” 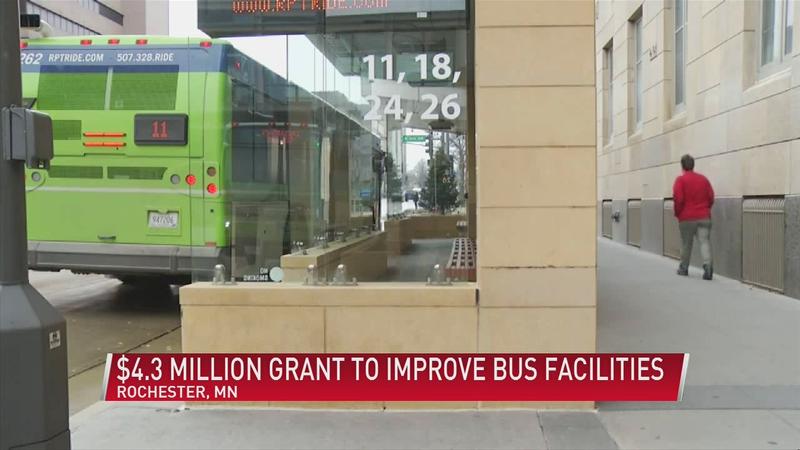