(ABC 6 News) — From March 6th through the 26th, Riverland Baseball succumbed to a 12-game losing streak.

Since April 3rd, the Blue Devils have pulled off an immaculate 12 straight wins to level themselves out. The previous two wins came on Thursday in a doubleheader against Minnesota State.

In the bone-chilling cold with strong winds blowing, Riverland took control in the second game. Pitcher Jake Tasker was able to work himself out of a 3-0 count to strike out MSCTC’s Dylan Gertken. Tasker would later be pulled for Cam Madsen after MSCTC’s Mike Tasker hit a single and a fielding error put two Spartans on base.

Riverland will be in La Crosse, Wisconsin Friday and Saturday to play Western Tech. 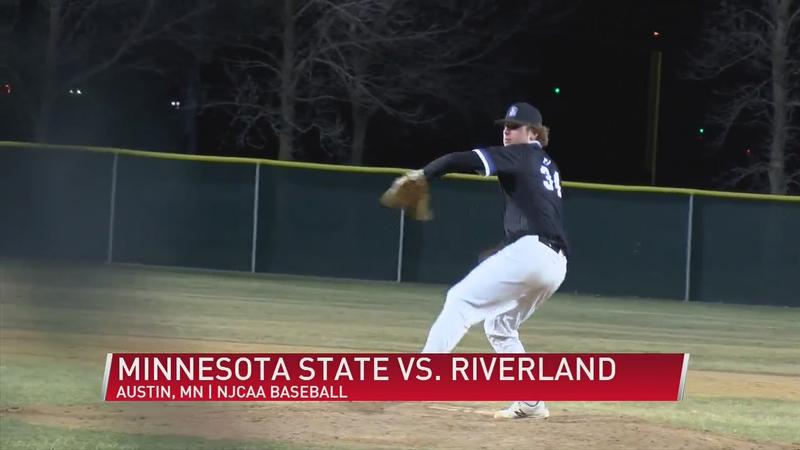