(ABC 6 News) — One of RCTC Women’s Basketball’s top players has been given solid recognition for her efforts this past season.

The Lyle native averaged 18.6 points per game for RCTC this season, a team-high over the course of 30 games. Christianson also had a field goal percentage of 41.4 percent last season. 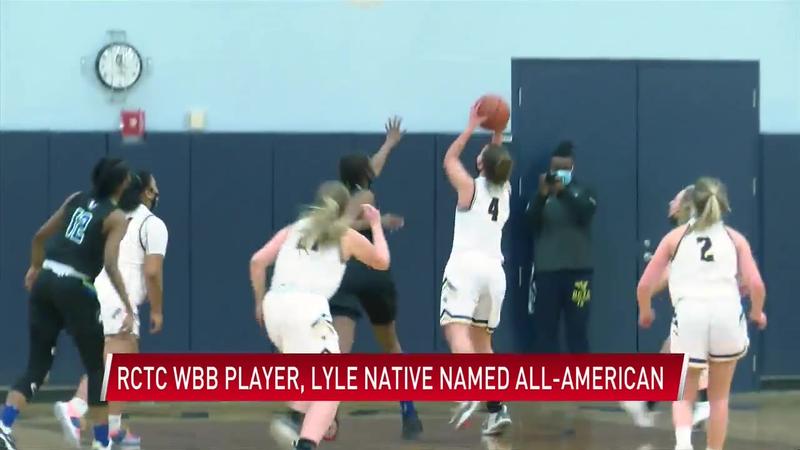