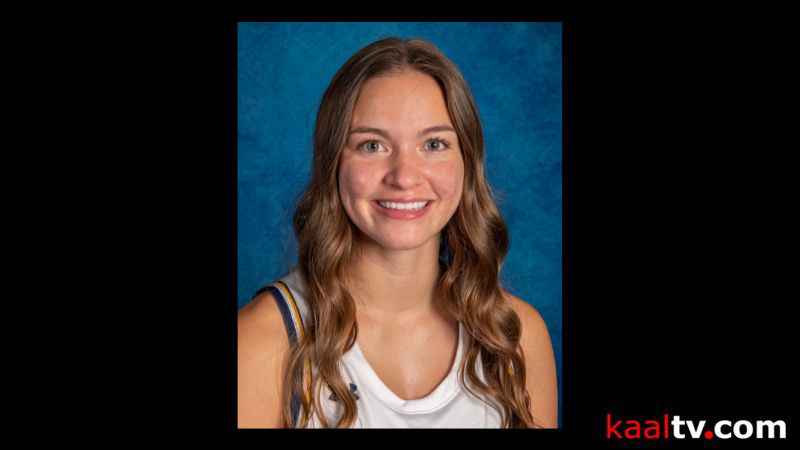 Christianson’s jersey was placed on the Ring of Honor display at the Women’s Basketball Hall of Fame in Knoxville, Tennessee, in recognition of her outstanding play for the 2021-2022 season.

“It is such an amazing honor to have your jersey selected for the Women’s Basketball Hall of Fame,” adds RCTC Women’s Basketball coach, Jason Bonde. “Olivia is a true blessing as a student, teammate, and representative on our campus and in the community. It has been an honor to coach such a great person and player.”

During the 2021-2022 basketball season, Christianson averaged 18.6 points/per game, 6.0 rebounds/per game, and 2.3 assists/per game in 30 games played for RCTC. She also shot 41.4% from the field including 33.8% from three-point range helping the Yellowjackets earn third place at the NJCAA Championships.

Her team honors include five-time conference champions, fourth place at the state tournament in 2015, state tournament champions in 2018, and section runner up in 2019. Her academic honors are six-time Academic All-Conference, valedictorian, and honor roll.

Currently, the Ring of Honor consists of over 100 jerseys hanging from the rafters of the back rotunda at the Hall of Fame.

The display includes jerseys of the top high school and college players from the previous season. The Ring of Honor has displayed jerseys from some of the best players in the world including Candace Parker, Sue Bird, Kelsey Plum, Breanna Stewart, and Aja Wilson.