(ABC 6 News) – Plans for thousands of acres on the Elk Run property in Pine Island have been up in the air for over a decade. Now, in a move leaders say will help them recover from the pandemic, the city is ready to develop the land.

"This was the right move and it just seemed the timing was right," said Pine Island Mayor David Friese.

The City Council voted to make it easier for businesses to build on the Elk Run property by changing the zoning from agricultural to industrial.

"We were able to create some smaller lots which is going to be more inviting for some of the businesses that are looking to move to Pine Island," Friese said.

This comes after over a decade of plans for the site being postponed or canceled. What was supposed to be a hub for bio-science technology, the land has been empty since 2003. In 2019 Prairie Island Indian community bought around half the property, or 1,500 acres, to expand housing for tribal members. 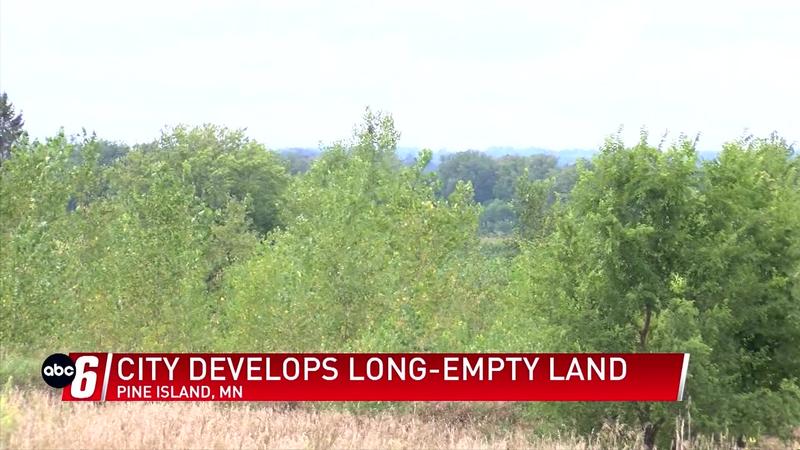 The community says it’s still waiting on approval from the federal government to turn the land into a reservation, but they are excited to be good neighbors to Pine Island. The city agrees.

"Prairie Island nation has been a tremendous neighbor. We couldn’t ask for a better community to work with," Friese said.

The community also wants to be partners with local businesses.

"To have them be a part of this, that’s just great and we should celebrate that. And I look forward to celebrating that," said Ted Galaty, owner of the Olde Pine Theatre. "How do you keep people coming to your business when they could drive 15 minutes to lets say, a bigger grocery store or a Walmart?"

Galaty thinks bringing more business to Elk Run will turn Pine Island into an attraction and bring more people into his business.

"I try to support those businesses in the hope that they turn around and support our businesses and what we’re trying to do," he said.