P.E.M looks to avenge lone loss of the season in Section 1AA Championship

(ABC 6 News) – The Plainville-Elgin Millville Bulldogs have been near perfect this season and it’s paid off as they will play for the Section 1AA championship for the first time in a decade.

The Bulldogs beat Lake City 59-44 on Saturday behind strong play from their backcourt: (SR) Payton Schumaker and (JR) Kaden Peters. The duo combined to score 35 points.

Head coach Jason Herber says his team is at their best when they are moving the ball and making sure everyone touches it on the possession.

"When we get stagnant, we don’t move the ball," Herber said. "And it’s happened all season long. That’s the key for us. When we go side to side, we’re hard to guard because you get the defense moving and we got five guys that can score at any time, so it makes it tough."

P.E.M improved to 28-1 on the season after Saturday’s win, and their lone loss on the season happened to come from their next opponent: Caledonia. 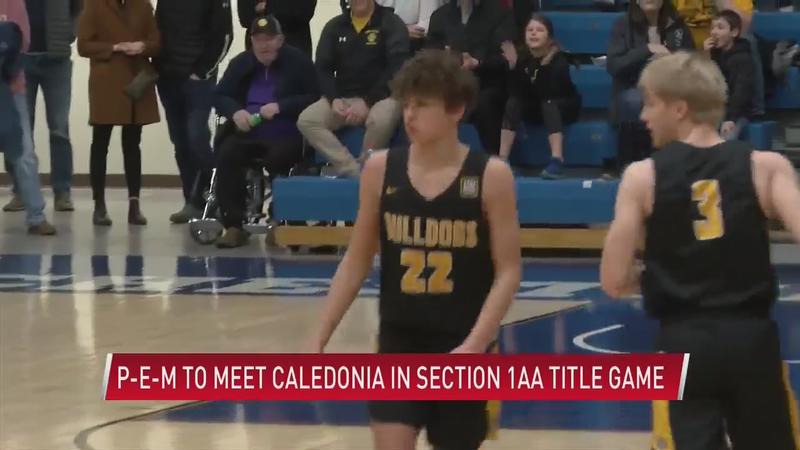 Caledonia beat the Bulldogs 71-43 on January 25, and the two Three Rivers conference teams will meet for the section championship at 8 p.m. Thursday at Mayo Civic Arena.