The issue at hand is how the governor and state lawmakers will make this bill possible and who will pay for it.

Gov. Walz proposed a publicly-paid family and medical leave insurance plan to allow employees time off to care for a new baby or sick family member.

A House DFL plan would allow up to 12 weeks off with pay, which would be paid through payroll taxes on employers and employees. 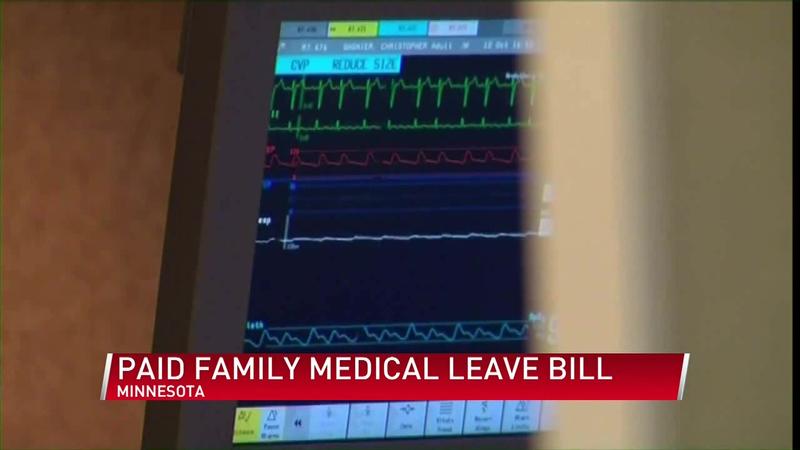 The situation is tough for small business owners because they usually can’t afford to offer employees paid family leave.

"Small businesses care about their employees. They’re part of the community, they want to do right by them, they want to make sure they’re taken care of. But, there’s only so far they can go. So, they’ve negotiated existing benefits and salaries that work for their employees, that work for their businesses," John Reynolds, State Director with the National Federation of Independent Business, said.

The House, Senate and Governor Walz will meet to begin negotiations to see if they can find a compromise.

Walz is hopeful that with so many proposals on the table, this is the year a paid family leave plan passes.