(ABC 6 News) – Parts of northern Iowa were hit hard by heavy rainstorms over the weekend.

"Sounded just like a war going on, rumbling, thunder and stuff," said farmer Andrew Hanna, who said he was up all night monitoring the rain. "Mother nature is our biggest enemy. Mother nature can also be terrifying to us."

Hanna recorded over 8 inches of rain at his farm in Hanlontown, nearby in Northwood and Joice received around 6 inches of rainfall.

"That morning, I had a message from my neighbor asking if they needed to bring a boat up to rescue us," Hanna added.

Worth County Emergency Management says the flooding wasn’t severe, but crews did have to repair some gravel roads.

Farmers like Hanna say they’re working with the county to come up with more permanent fixes to flash flooding in the area. 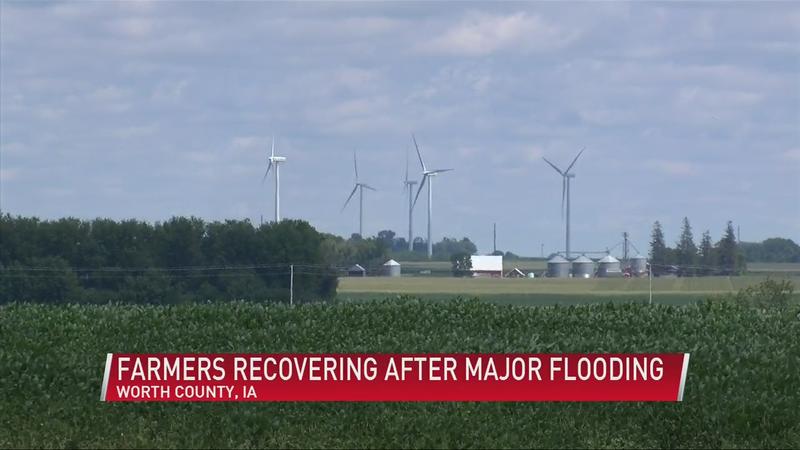 While this particular instance won’t greatly impact his business, Hanna said he’s concerned by how often he and other farmers have to deal with severe weather.

"Thinking of making improvements to them as we get more of these big rainfalls. They’re trying to help the situation," Hanna said, adding that if this flooding can go down by next week, his crops should see minimal damage.