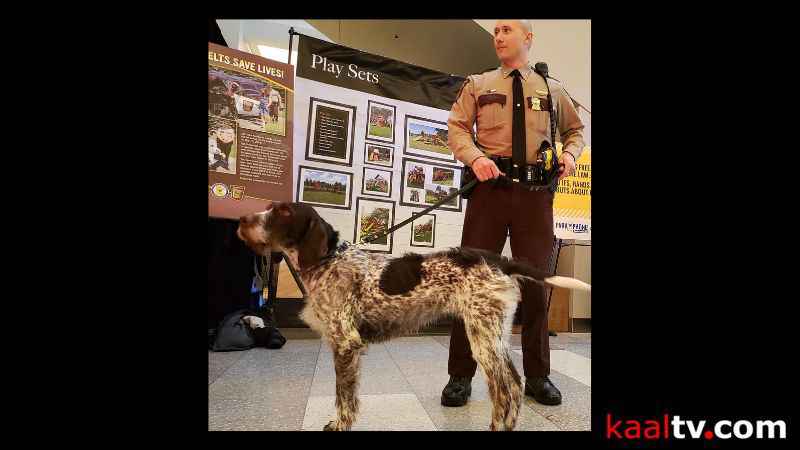 (ABC 6 News) – The Minnesota State Patrol announced on Monday that one of their beloved members is retiring.

K-9 Alma, who is a wirehaired pointer, is calling it a career after seven years of hard work.

Alma and her handler, Trooper Patrick Beunig have had quite the career together over the years patroling southern Minnesota.

Alma was deployed 237 times resulting in the following seizures: