(ABC 6 News) – A Minnesota native living in Ukraine who had been unjustly detained by Russian forces is now safely with his wife and daughter.

U.S. Senator Amy Klobuchar announced the release and issued the following statement below:

“I am relieved that Tyler is safely reunited with his wife and daughter. Over the last two weeks, my team and I have been in close contact with his family, the State Department, and the U.S. embassy in Moscow working towards this outcome, and I am grateful that we were able to help bring him to safety,” said Klobuchar.

“While this is good news, my heart remains with all those separated from their loved ones or in danger. As Vladimir Putin continues his senseless war, our commitment to supporting the people of Ukraine is steadfast.”

“I am so ecstatic that Tyler is safe. This has been a harrowing experience, and I am so grateful to the officials in the State Department and embassy who helped us locate Tyler and get him out of Russia. I am especially grateful to Senator Klobuchar for her steadfast support through this whole process. This was a parent’s worst nightmare, but I can rest easy tonight knowing my son has made it to safety,” said Tina Hauser, Tyler’s mother. “We cannot thank everyone enough for all the support all over the country.” 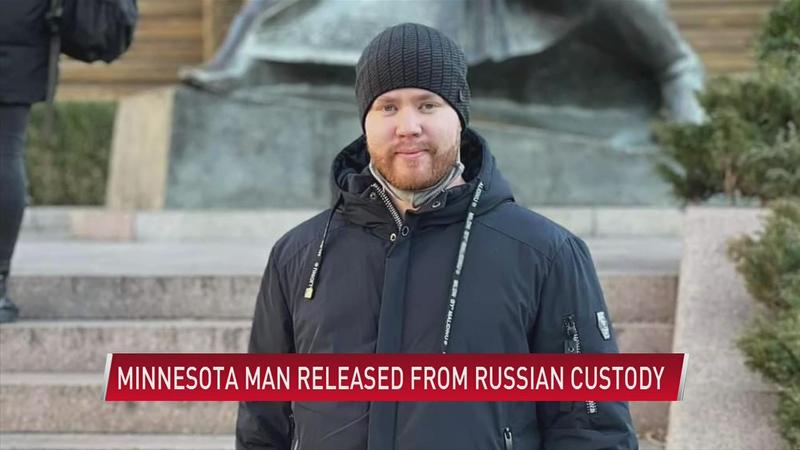 “When I heard his voice for the first time, it was like angels singing to me from heaven," Hauser said. "The first time I seen him, I was done, I was bawling like a big baby, we cried together which was an awesome thing because that was the longest time we had gone without speaking to each other."

“This has been the most terrorizing experience as a parent. I’ve also seen and felt the good in so many people. I am grateful that Tyler, his wife, and their daughter are in a safe place. Many thanks to Amy Klobuchar and her staff for day and night attention to getting Tyler to safety. My heart goes out to the many families that are still enduring the horror in Ukraine,” said John Quinn, Tyler’s father.

Approximately two weeks ago, Tyler Jacob, originally from Winona, Minnesota, was taken by Russian forces while leaving Ukraine. He was then detained in Russia and held for 10 days. Klobuchar’s office has worked closely with Tyler’s family, the U.S. State Department, and the U.S. embassy in Moscow to locate Tyler and help bring him to safety.