Med City FC has final practice ahead of 2022 season opener

Med City FC, Rochester’s NPSL soccer club, is set to open the 2022 season Saturday at RCTC and is looking forward to fans filling the seats. This year’s roster is mostly new, with only a few returners such as Austin native Andres Garcia.

"I’m glad to be back first of all but, we’ve got some work to do," Garcia said regarding his goals for the new season. "Last year, we didn’t make the playoffs so I’d say that’s for sure number one on all our lists. And with a bunch of foreign guys, I think our team is solid and we can for sure do it."

Among some of these international players including Diogo Mazzoco de Oliveira a midfielder/winger from São Paulo, Brazil. De Oliveira has played in the U.S. before with a college team in Alabama but is getting used to both the Minnesota cold and having a coach from England in Neil Cassidy.

"I never been playing with English coaches, so that’s something new for me," de Oliveira said. "And I want to see the fans, playing with the fans here. I think that’s going to be a great experience too." 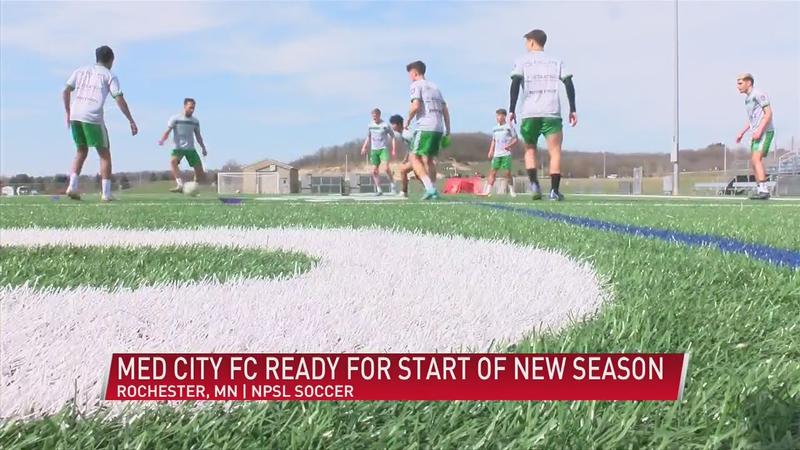