(ABC 6 News) — One day after announcing an extension with Mason City Arena, Toros hockey has announced its first college commitment.

Forward Derek Humphreys is committing to Division III school Concordia University in Mequon, Wisconsin. Humphreys will be one of 18 different freshmen that will be playing for the Concordia Falcons next season.

Humphreys is coming off a season where he played first for the Sheridan Hawks before coming to the Toros during New Year’s break. Humphreys scored nine total goals in 21 overall games, including the playoffs for the Toros this season. 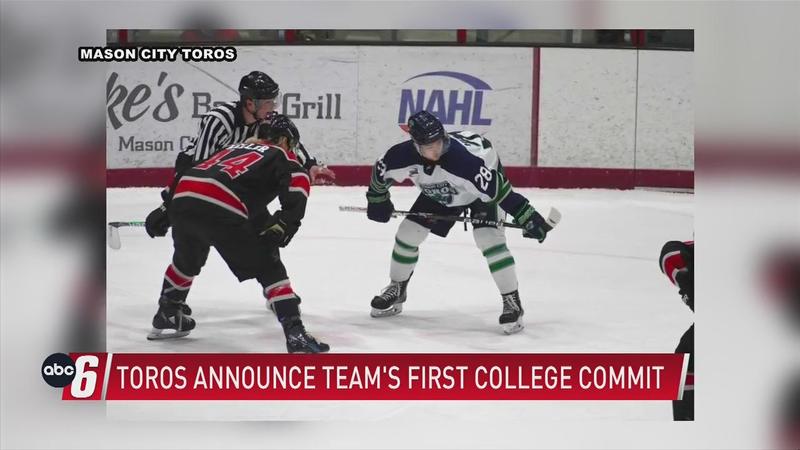