(ABC 6 News) – A variety of local and state leaders are responding to the news of the leaked draft suggesting a potential overturn of Roe v. Wade.

Democratic Senator Amy Klobuchar talked to the press in Washington on Tuesday in which she said: "We suddenly see them basically, flip it on its head, change 50 years of precedent after they, themselves in their confirmation hearing said that it was a law of the land. And that is a quote."

The senator went on to add, "[they] said that it had been affirmed time and time again, waited, and sat there, waited for cases to come and it appears if that leaked opinion is going to be the law of the land, then we are taking this to the ballot box in November."

Democratic Governor Tim Walz responded to the news in a tweet quoting the Politico article announcing the leak, he wrote: "Not on my watch."

On the other side of the aisle, Republican candidate for Minnesota Governor Scott Jensen also referenced the news. He wrote in a tweet:
"Protect the life of the unborn." 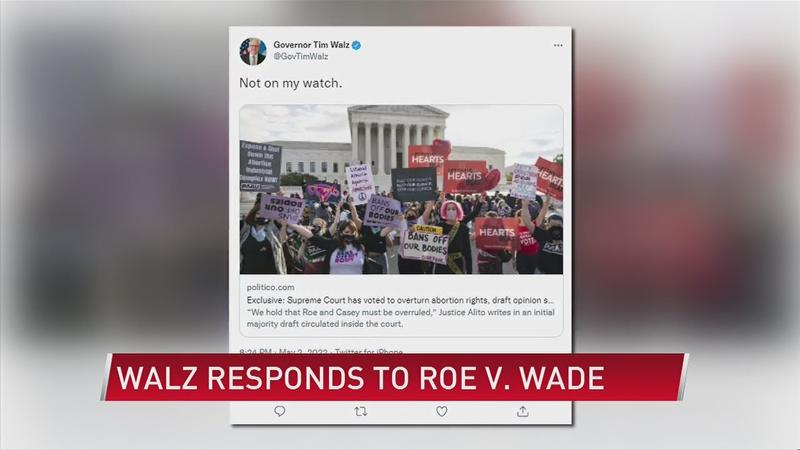 Republican Iowa Governor Kim Reynolds also took to Twitter, she wrote: "The mission remains as clear as it has ever been. We are fighting to defend the most important freedom there is, the right to life."