(ABC 6 NEWS) – As the baby formula shortage continues, many parents are still looking for what their baby needs, it’s not easy.

And for one local father, he sees how tough this is, and the strain it’s causing many mothers. So he got involved to help in a unique way.

"Let’s go out and find some formula for these moms," Kevin Pike said.

He took the pictures and posted them in hopes that families find what they need. 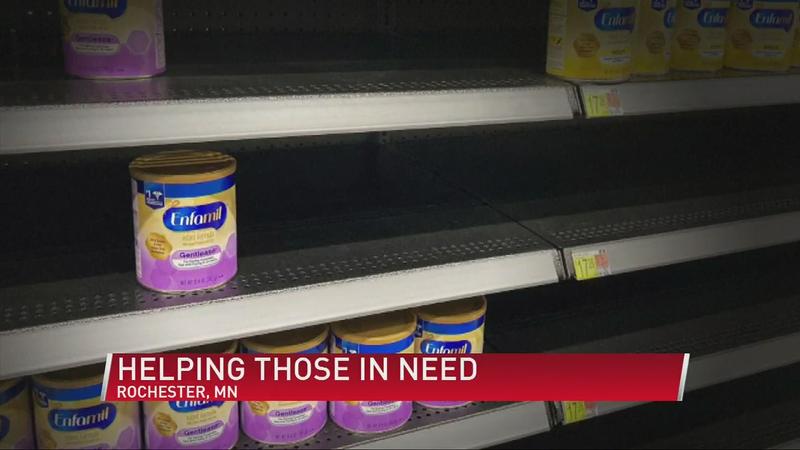 "I’m seeing how hard this is on my wife, I can’t imagine being in a position of somebody really having a hard time, and it’s just not happening, and they’re just trying to feed their baby," Pike said.

This is personal for Kevin. He has a three-week-old daughter named Grace.

She’s a newborn. He says his wife is breastfeeding, and they’re supplementing here and there. They’re doing okay, but he knows other families aren’t that lucky.

"I’ve been seeing people talk about it, and thought, I’m already out here, so I just went on a hail Mary run and went all over town to try and raise awareness for people to help us out and help these mom feed their kids. That’s what’s important, just getting their babies fed," Pike said.

"How does it feel for you to see you know, to see that conversation and to see those people engaging in something that just started as an idea?"

"I mean, it’s really awesome when the community is banding together. Oh Hey, I have this, I have this can of formula, anyone looking to buy this?" Pike said.

And it’s helping. More people have been posting these pictures on Facebook, doing exactly what Kevin is doing.

He even helped this woman find what she needed.

And he’s not done.

He believes we can get through this, together.

"That’s all we can do is stick together as a community and wait for more help to arrive," Pike said.

The U.S. Government has flown in more imported formula, there’s hope, and for Kevin, he’s doing what he can right here at home, helping any family that he can.