(ABC 6 News) – A Rochester businessman is the latest to announce his intention to run for Rochester Mayor.

Britt Noser held a press conference on the steps of Rochester City Hall Thursday to announce his candidacy, saying his focus will be on public safety, Destination Medical Center, and bipartisan work.

"Even if we find other common ground for the public good, like the public pools and getting some decent public art. I mean, a city of our size that doesn’t have a museum, how come we don’t have a medical museum, maybe that is something we can work with Mayo on," said Noser.

Noser also said working together to better the future will bring an added benefit to the Med City.

He’s encouraging people to ask questions and read through city budgets as they make their choice for Mayor. 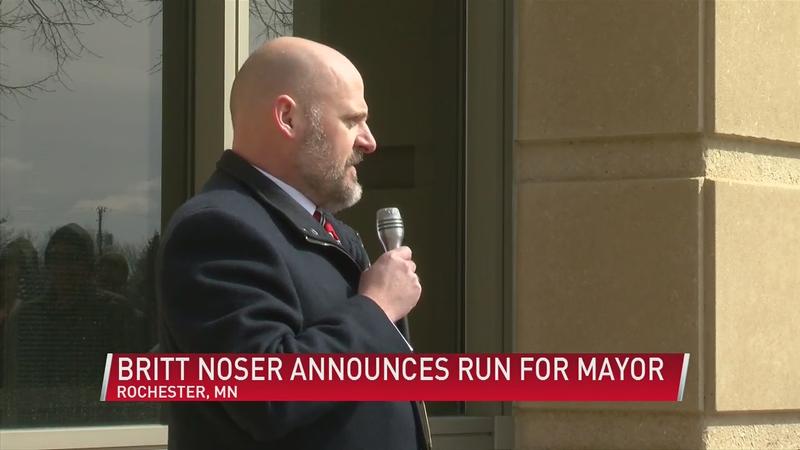 Noser has previously worked as a high school teacher, in apartment management, and as a real estate entrepreneur.