(ABC 6 News) – On a federal and state level, the death of George Floyd has inspired different pieces of legislation to reform police and hold officers more accountable.

On May 25, 2020, George Floyd died while in Minneapolis police custody after former officer Derek Chauvin kneeled on his neck for nearly nine minutes. His death sparked a call for change in Minnesota and around the world.

"We have to change the systems of oppression that are oppressing black and brown people in the state of Minnesota," said Trahern Crews, a co-founder of Black Lives Matter Minnesota.

A nearly two-year-long investigation into Minneapolis police by the state department of human rights found in the last 10 years, there’s a pattern of racial discrimination in the department. During that investigation, other officer-involved deaths made headlines including the deaths of Daunte Wright and Amir Locke.

"I think the community must continue to apply pressure to lawmakers, to city officials, things like that to demand change," added Crews. "If they don’t want to do it, then we have to vote them out and put people in who are serious about police accountability." 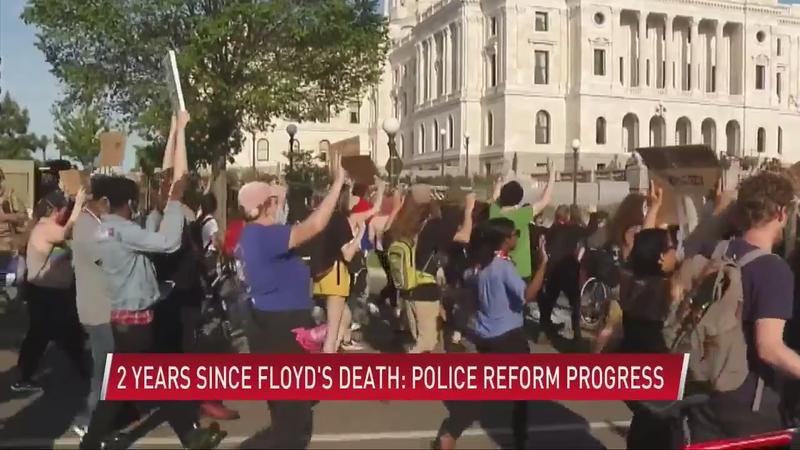 "We want police to carry insurance like doctors carry insurance. They don’t want bad drivers on the road, we don’t want bad cops on the police force. If Derek Chauvin had to have insurance, the first time he put his knee on a child’s neck, his insurance rate would’ve went up. He’s had plenty of complaints before it escalated, things that happened before George Floyd, he wouldn’t have even been on the police force."

Crews said that while many states have passed bills for police reform, he doesn’t understand why Minnesota, the place where George Floyd died, hasn’t.

"The policing system that we have is not even fundamentally broken, it was made to be broken I want to say," said Mariam Egberongbe, a member of the Rochester Community Initiative. "I want to say like it was always broken, the cracks and issues that it has are just so glaring right now. At this point, choosing to not do anything about it is negligent and cruel."

Over the last two years, there have been some changes made to Minneapolis police policies and practices. Those practices now require officers to document their attempts to deescalate situations, and police are no longer allowed to stop drivers for minor traffic violations.