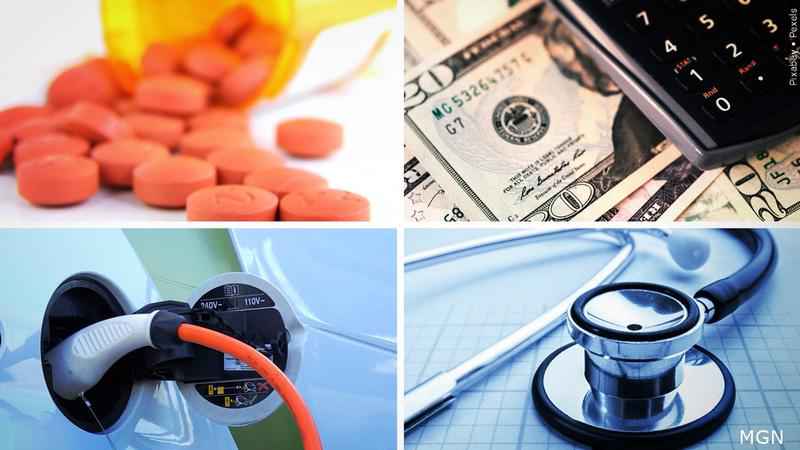 (ABC 6 News) – On Sunday, the U.S. Senate voted to pass the Inflation Reduction Act of 2022, a bill that includes several key provisions to lower the prices of prescription drugs, help reduce costs for families and tackle the climate crisis.

"This is a big, big deal. With this bill, we’re taking huge steps to lower the cost of prescription drugs and tackle the climate crisis, all while significantly reducing our national debt. Specifically, this legislation includes provisions based on a bill that I’ve led in the Senate for years to remove the longstanding ban preventing Medicare from negotiating drug prices, which will unleash the power of Medicare’s 50 million seniors to lower drug costs. Additionally, with this bill we will reduce greenhouse gas emissions by 40 percent by 2030, putting us on track to achieving my goal of a carbon neutral economy by 2050. By passing this historic legislation, we are taking critical steps forward to address some of the most pressing challenges of our time.”

AARP fought for provisions in the bill that will:

“Since AARP’s founding we have fought for older adults to have access to affordable health care – including prescription drugs. And we have been working for nearly two decades to allow Medicare to negotiate the price it pays for medications. Thanks to today’s historic vote in the Senate, millions of Americans 50+ are one step closer to real relief from out-of-control prescription drug prices. This bill will save Medicare hundreds of billions of dollars and give seniors peace of mind knowing there is an annual limit on what they must pay out-of-pocket for medications.

The estimated $740 billion package heads next to the House.

President Biden urged the House to pass the bill as soon as possible. Speaker Nancy Pelosi said her chamber would "move swiftly to send this bill to the president’s desk." House votes are expected Friday.

Republicans said the new measure would undermine an economy that policymakers are struggling to keep from plummeting into recession. They said the bill’s business taxes would hurt job creation and force prices skyward, making it harder for people to cope with the nation’s worst inflation since the 1980s.