(ABC 6 News) – Family and friends of Joel Bigelow honored him with a subcontractor salute parade in Kasson Wednesday afternoon.

Hundreds of subcontractors and other local businesses and law enforcement drove through Kasson, ending at Community Celebration Church where Bigelow’s wake was held afterward.

Bigelow was well-known in southeast Minnesota for founding Bigelow Homes in 1983 and has touched many with the houses he built and the jobs he provided. 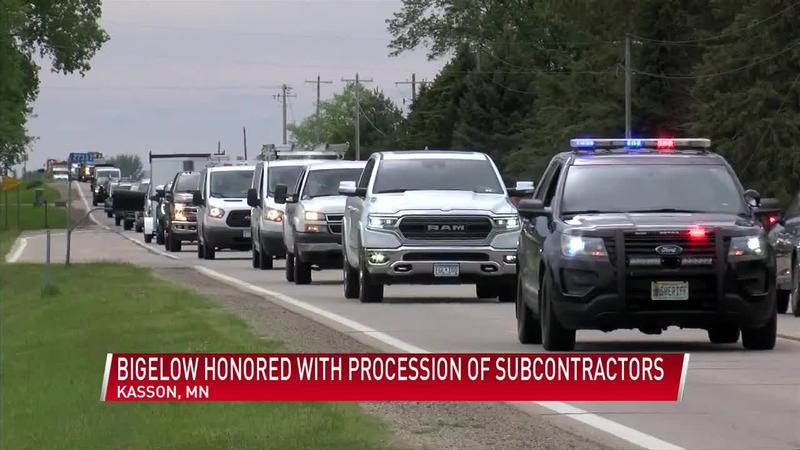 Family members said Bigelow is leaving a family legacy behind with four kids, 12 grandkids, and many brothers and sisters.

Bigelow died on Friday from injuries sustained in a motorcycle crash near Wasioja, MN.