Investigators: Victim, suspect in fatal shooting knew each other

(ABC 6 News) – Authorities have identified the 70-year-old Kalmar Township man shot in front of his home as John Colbert. He was killed Sunday, May 8, from a gunshot wound to his forearm that hit an artery.

According to the criminal complaint, Colbert was home that evening with his son at the 5000 block of County Road 105, when they noticed a white Tacoma pickup truck on the property. Colbert, armed with a 45-caliber handgun, and his son walked outside to investigate. As they walked near their detached garage, the suspect, 31-year-old William Shillingford, was hiding behind a shed. Shillingford shot three times towards the pair, and hit Colbert.

According to the Sheriff’s Office, Colbert’s son, who investigators will not name at this time, took his father’s handgun and fired two shots in return at Shillingford’s truck.

Investigators said Tuesday in a press conference that they were able to piece together the events from that evening through witness statements and security camera footage. Lt. Lee Rossman said, for now, the surveillance video would not be released to the public or the press.

Deputies responded around 10:44pm that night. Some began life-saving efforts on Colbert, and others set up a perimeter to look for Shillingford who had run away to hide, according to the Sheriff’s Office. Authorities also said neighbors driving around the area heard the gunshots, and saw Shillingford hiding in a ditch. They reported that to police, which led to Shillingford’s arrest. Shillingford hid in a nearby residential property, and an event barn near Oxbow Park during the search. Once he was apprehended, however, authorities say he cooperated. 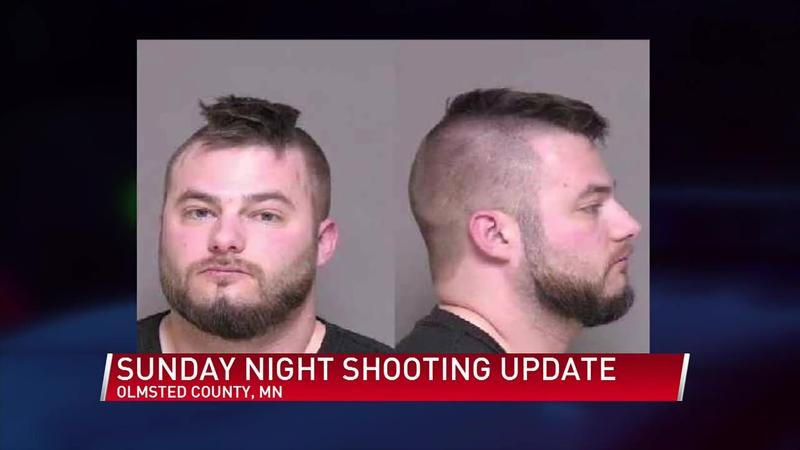 "He was cooperative with law enforcement, he didn’t fight. He didn’t do anything like that," Lt. Rossman said.

Rossman said, with the investigation on-going, the Sheriff’s Office is not able to speculate about possible motives, or about Shillingford’s state of mind during the incident. He also did not provide any information about whether or not drugs and alcohol were involved, or if Shillingford was having a mental-health crisis.

"For that night, we don’t know what led him there for this incident to happen," Rossman said.

Shillingford is facing two charges of second-degree murder. One charge alleges the crime was intentional, but not premeditated. The other charge is without intent, while committing a felony. That felony is his third and final charge: second-degree assault with a deadly weapon.

Shillingford’s first court appearance is scheduled for May 24, and he is being held on $1 million bail.

ABC 6 News spoke with John Colbert’s wife. She said Colbert was a retired mechanical engineer at IBM, and moved to Minnesota in 1989. Here are her remarks, received in an email:

We celebrated our 49th Anniversary this year. We have 3 children and 8 grandchildren who all adored their "Gandy." He was and will always be an absolute hero to our 3 kids whom he was so incredibly proud of.

He was passionate about so many things. As an engineer he loved all things mechanical. He loved challenges. Two weeks after he retired from IBM he paddled off in his kayak from the Zumbro River in our front-yard and traveled to the Mississippi River and all the way down to the Gulf of Mexico. After he retired he loved making furniture, tables, benches, and was incredibly good at it. He never did sell anything though, he preferred to give it away.

He had so many admirable qualities. He was always ready to help anyone who had a need. He had a huge, kind heart and a wonderful sense of humor. Oh how I will miss his laugh. He was an absolute optimist. He loved God and he loved his family. We’re not sure how we are going to do life without him.