HS Football Preview: St. Ansgar is out to prove last year was an anomaly

(ABC 6 News) – "Do your job". A simple yet serious motto for the St. Ansgar Saints, a program rooted in tradition and a team that has made it to the state tournament 4 out of the last 5 years. Head coach Drew Clevinger enters his 23rd season at the helm of the program and he looks at last season’s 3-6 finish as an anomaly. "Yeah I think last year maybe was the first year in 13 years we didn’t win at least 7 games so just through a variety of reasons," Clevinger said. "But we’re hoping to bounce back."

The Saints run an old-school run-based offense. They don’t plan to throw it much but instead hand it off to their running backs and plow through the line of scrimmage. "It’s worked well for us traditionally," Clevinger said. "Some people are enamored and like the spread. I think that’s fine. Certainly, we see a lot of that in Class A football now. But for us and our program and the type of kids we see on a yearly basis, we feel this fits us."

One of the captains of the team Tate Mayer spoke about what he enjoys the most about their offense. "Getting the ball and getting to block for my teammates," the senior running back said. On the defensive side, the Saints will keep it simple. "Stop the run first," Clevenger said. "That’s the number one thing. We want to be physical and try not to give up big plays. Be sure our tacklers don’t make big mistakes and make them earn every yard."

The Saints will open the season at home with a rivalry game against Osage. "It’s always a good battle with them, good competition and that always gets us excited for our first game of the year," senior offensive and defensive lineman Ryan Hackbart said.

"It gets you going a little more," Mayer said. "You get a little bit more nervous, the jitters are in ya. First game of the season so you want to do your best " 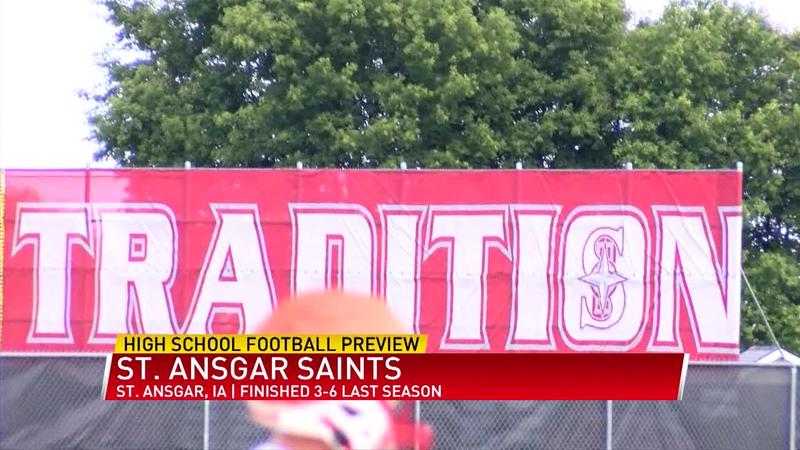