"Number one, we always stay humble," Cardinals head coach Trevor Carrier stated. "I mean, we won a state championship, it was great, but that’s 2021. It’s 2022 now and 2023 next year. We’re not sold on just one, we want to keep this thing going…"

And there are many more who agree, that after a 19-man squad the previous campaign, many new faces are padding up and incoming senior Tristan Lewinson is ready to lead them.

"It’s so cool, just to see that all these other guys, like, they want to come out and play now, that’s huge," Lewinson said. "It means a lot to this town too… Now we got, I don’t even know, it’s almost double now, so it’s really cool. It’s really cool."

With many rivals looking to settle the score, Carrier is looking to Layne Bird at quarterback to lead the high-scoring cardinals. 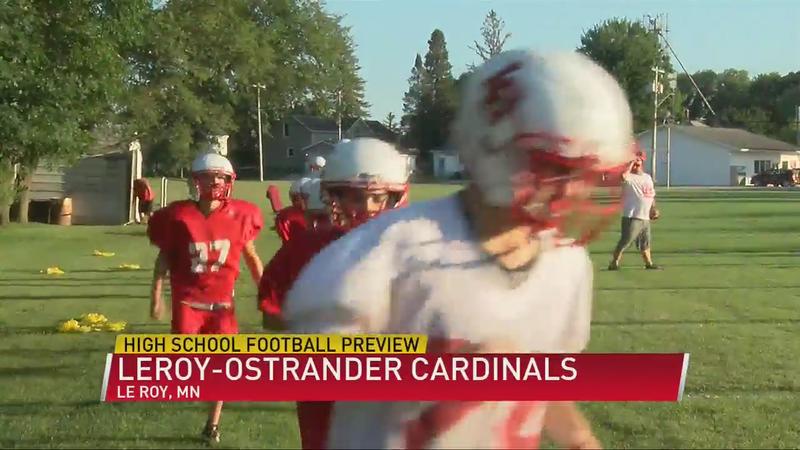 "[He] played slot receiver for us, he caught that 60-yard touchdown for us before halftime," Coach Carrier said in reference to the state title game. "Well-rounded athlete, he can throw the ball quickly, three-step, off-step… He’ll be ready, he’s looking forward to it."

It’s a season the whole community is looking forward to with cardinals football hoping to continue a new era. It’s an experience that the team hopes will bring in more future stars.

"It’s awesome being a part of the team, a part of all of this like, there’s a lot of experiences you’ll never get again, so if you’re thinking about it just do it," Lewison concluded.

"Friday night lights are some of the great moments and memories you’re going to have as a student-athlete for sure," Coach Carrier agreed. "The lights are alive, the bands are going, the music’s going and everyone comes to watch the one game of the week, it’s football season in LeRoy, baby."