(ABC 6 News) — Every day was a first in the inaugural legion softball season, culminating in the first-ever legion state champions of Minnesota: the team from Hayfield Post 330.

Star pitcher Anna Bamlet — who was chasing a state title her whole high school career — put the team on her back for all three state games. This included a 12-strikeout championship-winning effort to thump Browerville 9-5. An ending she wouldn’t have any other way as she heads to Coe College.

"It means everything to me," Bamlet enthused. "…This was really my last chance, my last hurrah, to do it in the blue and to be able to do it for the community, for the team, my sisters, everyone there. But also to have that little element of the legion and the Post 330 and all that they’ve done and they’ve sacrificed."

"I think even though it’s not the way I always thought it would turn out, I think in the end it means even more to me," the pitcher continued. "…It’s huge to me to know that we were part of history, our team will forever be in the history books as the first. And I am honestly so grateful that it was an opportunity for us to be able to make that history happen."

Bamlet and her Hayfield teammates plan to hold a celebration event for their legion championship on August 14. More information on the event will be announced at a later date. 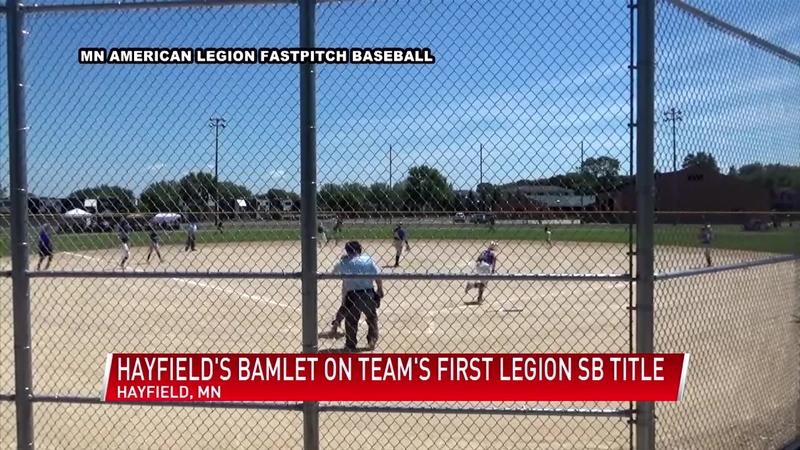