(ABC 6 News) – As the affordable housing crisis continues across the state and locally, Two Rivers Habitat for Humanity is showing how it truly takes a community to make a family’s dream come true.

This house in southeast Rochester is Two Rivers Habitat for Humanity’s first tax forfeiture home refurbishing project. The non-profit just closed on this house from Olmsted County on Wednesday.

"Today is our first day and I’m really excited to see where it goes and we’ve already got some stuff done so," future Habitat home buyer Jacki Hofmeister said.

Hofmeister said her family has had some life changes in the last couple of years so she decided to apply for a Habitat house.

"And I thought I had no chance at all at the very beginning so it was a dream come true when I got the call," she said. 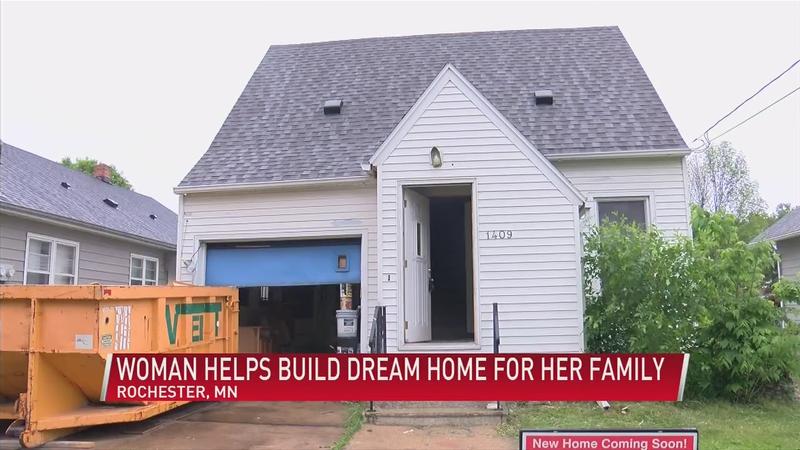 Hofmeister wants to provide a more suitable house for her 9-year-old daughter with special needs to make it easier for her to move around.

"She’s autistic, non-verbal and has some health problems going on so we’re looking forward to being able to make her room a little bit more special for her needs. Being able to make a room that’s sensory satisfactory for her," she said.

Hofmeister, her 11-year-old son and daughter will be living in this house. The refurbishment is something Jacki, her family and friends get to be a part of.

"You know, I think this is probably the best part of it that I’m able to help build the dream that I’ve always dreamed of owning a home," she said.

"We get to see the homeowner and the homeowner’s response to the work we’re doing on the house and the extra volunteers that can come with the homeowner all of that are really really positive in getting the house, in this case, refurbished," Lou Behrens, site team lead for volunteers at Two Rivers Habitat for Humanity, said.

One of the biggest projects will be installing insulation because there’s little to none in the exterior walls of the house. There are currently newspapers from the 1930s in the walls, which is what was used for insulation back then.

All of the renovations wouldn’t be possible without all of the volunteers.

This project will be finished in about three months and then Two Rivers Habitat for Humanity will be building a brand new home for another local family in Rochester.