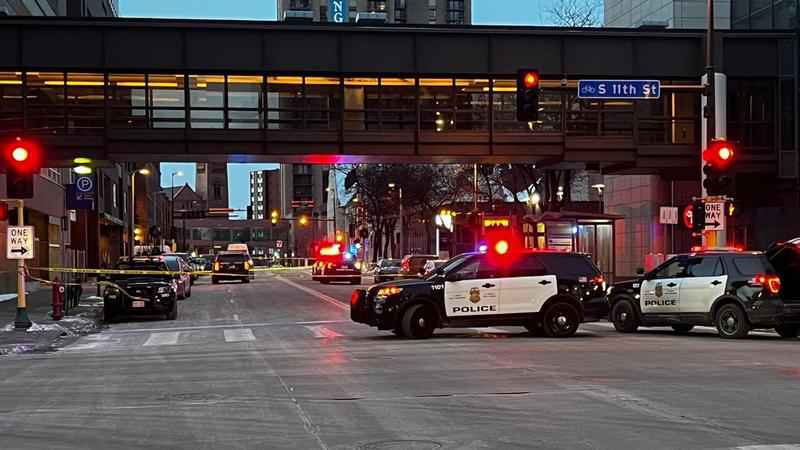 Minneapolis police are at the scene of a shooting incident early Wednesday, Feb. 2, 2022. (KSTP-TV)

(KSTP) — A group of state lawmakers is calling for the release of body camera video following the fatal police-involved shooting of a man in Minneapolis on Wednesday.

The Minneapolis delegation in the Minnesota House of Representatives says it sent a letter to Mayor Jacob Frey and Interim Police Chief Amelia Huffman calling for the footage to be released.

The 10 DFL lawmakers said in the letter that any further delays plus “their rationale, and a timeline for release must be made clear to the public.”

Huffman said the shooting happened at 6:48 a.m. Wednesday on the seventh floor of Bolero Flats apartments. Officers executing a search warrant used a key fob to get into the apartment, announced themselves and were met by a man holding a gun at them, Huffman said.

The Minnesota Bureau of Criminal Apprehension is investigating the shooting.

In their letter, the state lawmakers highlighted “strained relations and lack of trust between the community and the Minneapolis Police Department” over the past few years and said releasing bodycam footage of Wednesday’s shooting is “essential.”

“We urge you to think creatively with the current laws to release the footage. And we stand ready to support you in your efforts to update state laws so that these delays are no longer a roadblock to the transparency that you and the community seek,” the letter states.