Grizzlies take out Tradesmen in Game 1 of Central Division Finals

(ABC 6 News) — It’s a case of a new round and the same start for the Rochester Grizzlies.

However, the first period proved to be difficult, Rochester’s Justin Wright and Lyncoln Bielenberg-Howarth both had opportunities to strike paydirt but missed to keep the game scoreless.

Fortunately, Layten Liffrig would light the lamp eleven seconds before first intermission and the Grizzlies would roll from there.

Cole Gibson scored twice en route to victory as the Grizzlies will head to Oregon on Saturday. A win on the Tradesmen’s own turf would send the Grizzlies back to the Fraser Cup Tournament. 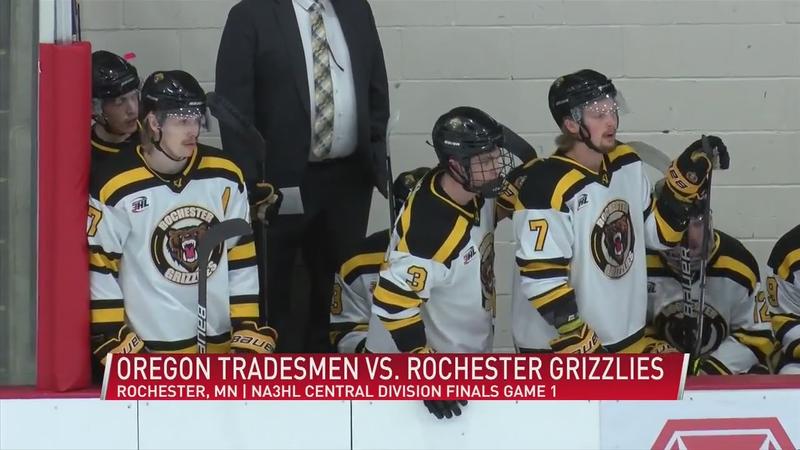 Game 2 of the Central Division Finals is at 7 PM; and a Game 3, if necessary, will be back at the Rec Center at 3 PM on Sunday.