(ABC 6 News) – A potential memorial for students that have passed away from the graduating class of 2022 has drawn controversy in Albert Lea.

According to posts on social media, students said they asked for chairs to be set out at graduation with pictures and flowers to be left open for fellow students who have passed away, but said they were denied.

Several Albert Lea High School students were fighting for these three chairs at their graduation ceremony. One student created a petition Tuesday around lunchtime and said almost the whole student body and some teachers and staff had signed it.

"They didn’t get to make it to senior year and we do, so it’s something important to all of us because they deserve a senior year. They deserve a chance to graduate even though they’re no longer here," Senior Marissa Leeman said.

Family members of the deceased students, like Ana Zimmerman, the older sister of Grace who passed away two years ago, agree with the students. 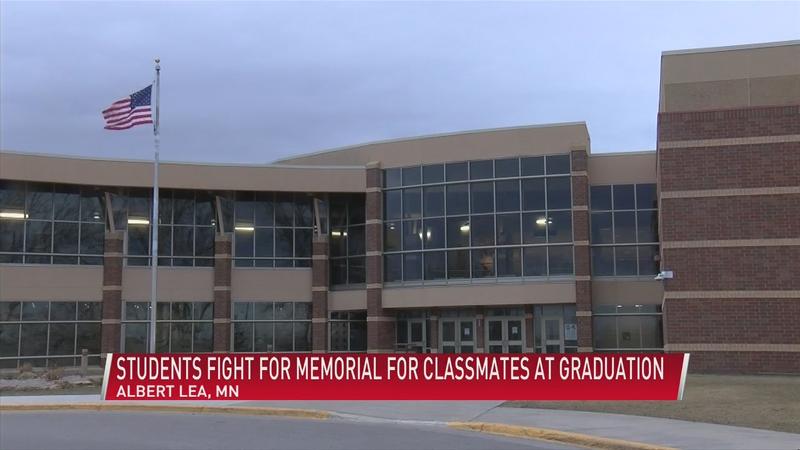 "She would be a senior this year. That’s a big deal. That’s closure for my family that we’ll never get," Zimmerman said.

"Just so we can get to honor them because they couldn’t graduate with us and we just want them to be there with us," Senior McKenzie Romer said.

The students said this does not stop after this year, but it should continue into the future graduating classes as well.

"As long as we keep inspiring change, I feel like something will get done about this," Junior Marcus Navarrete said.

"Historically, Albert Lea Area Schools has done some form of recognition for deceased students. We are currently in the process of trying to determine the best way to move forward. We will be reaching out to families to gather input as we develop plans.

Milestones in life, such as school graduations, are times when memories of those who died and are not there can be triggered. Commemorating the students of our school community who have died helps everyone process the devastating loss and assure that the person will not be forgotten."

The students also started an online petition on March 30, which had 671 signatures on the morning of April 1.

Some of the seniors said if the school does not let them have these three chairs at graduation, they will protest during their ceremony, saying they believe their peers deserve to graduate too.