Freeborn County Fair wraps up after another successful year

While many came for the fair food, the carnival rides, and the demolition derby, hundreds of workers and volunteers helped make the fair happen once again this year.

"We’re on track for having another great year," he said.

Woitas said visitors are not just coming from Minnesota and that’s why the fair is great for the local economy. 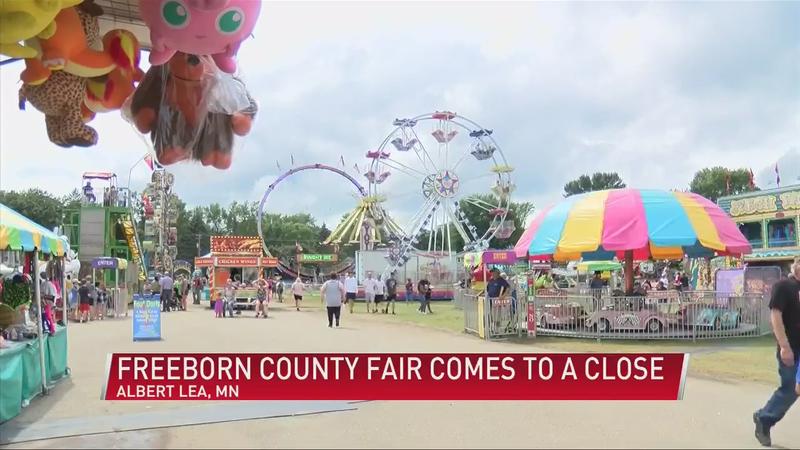 "They put money into the economy. They’re putting gas in their vehicles, they’re buying food from the local food vendors, the hotels in Albert Lea for the week of the fair they’re pretty well sold out they’re tough to get a room so it really impacts the city of Albert Lea and Freeborn County," Woitas said. "There are people from Wisconsin, they drove down from Woodbury, Minnesota, Kansas City, Sioux Falls, Sioux City and people do come for our entertainment. $10 gate admission, the grandstand shows are free, it’s the best value around."

A new attraction this year was the butterfly encounter which came all the way from Florida. Fairgoers could walk through the exhibit and feed the butterflies. Woitas said this was such a success they are looking at bringing it back next year and that they are already planning out the days for 2023.