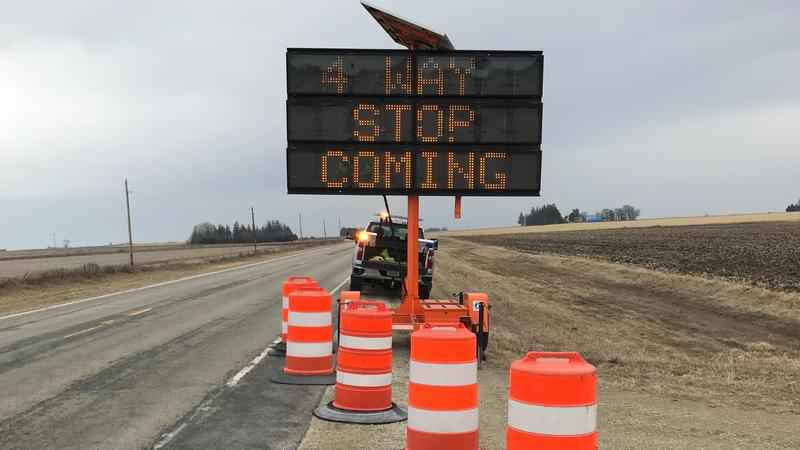 (ABC 6 News) – A dangerous intersection in Olmsted County will soon have improved safety by way of a four-way stop.

The Minnesota Department of Transportation will be changing the intersection of Hwy 30 and Olmsted County Road 1 east of Stewartville beginning on April 4.

Over the past five years, MnDOT has recorded 17 crashes in five years (2016-2021), including three serious-injury crashes, but no fatal crashes.

MnDOT has recently seen an improvement in a similar conversion in Spring Valley at Hwy 63/Hwy 16 / CR 1 intersection in the past 2 years.

The changes at Hwy 30 include:

Last week MnDOT installed digital message signs on the road alerting drivers that the change is coming on April 4.

Intersection of Hwy 30 and Olmsted Co. Rd. 1 east of Stewartville changing to a four-way stop on April 4. Changes are being made to improve safety. MnDOT recorded 17 crashes 2016-2021, including 3 serious-injury crashes. News Release: https://t.co/1aw2xsfPGz #OlmstedCounty pic.twitter.com/aPpOLyhIvS