(ABC 6 News) — Individual accolades can become a distraction on the precipice of big team events.

But for senior guard Eli King, it’s always been just business as usual.

The Iowa State commit was named one of five finalists for Minnesota’s annual, Mr. Basketball award, which goes to the top senior boy’s basketball player in the state.

It’s been a bounce-back year for King, who missed his entire junior season because of a knee injury. 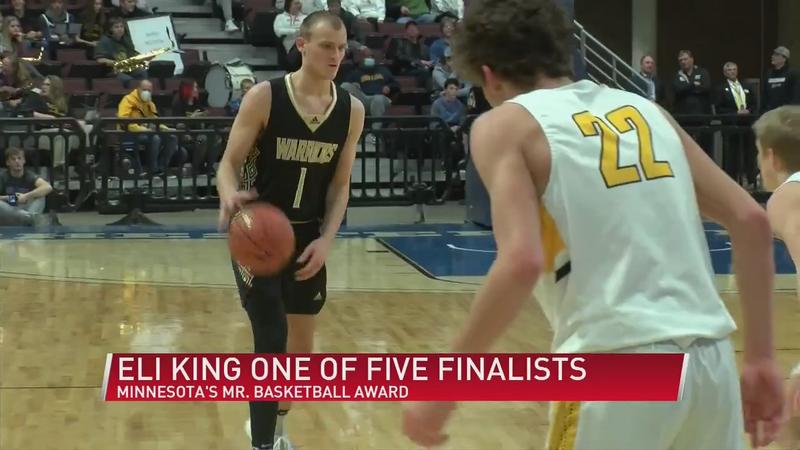 "Yeah I think it’s definitely sweet to be recognized for that award and everything and be a finalist," King said. "I’m fortunate to be put in this situation and also happy to still be playing in stuff with our team too"

The Section 1AA champs will play Perham in the first round of the state tournament at 6 pm at the Target Center.

Coach Brad King says he believes the close games his team has played in this season have them battle-tested for the state tournament.

"I think we’re thankful for the opportunity," Brad said. "We’re thankful that all the hard work that the boys have put in in the offseason and stuff came through with the victory to get us to the state tournament. And then I think we’re just trying to put our best foot forward while we’re at the state tournament. Hopefully, make Southeastern Minnesota proud about how the way that we play and attitude that we carry while we’re playing and stuff. Those are kinda our focal points as we move through the tournament and stuff."