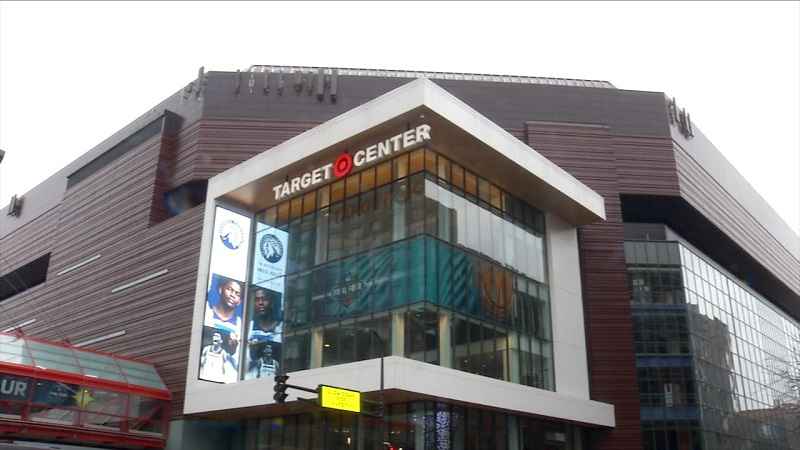 Target Center is adorned with banners for the NCAA Women's Final Four on Wednesday, March 30, 2022, in downtown Minneapolis. (KSTP)

(KSTP) – Downtown Minneapolis restaurants and bars are looking forward to thousands of people coming downtown to dine in over the course of the NCAA Women’s Final Four this weekend.

The tournament, hosted at Target Center, is expected to generate a windfall of revenue for Minneapolis, city officials say.

“We’re looking at arrivals on Thursday and hoping for a really good weekend for business,” he said. “We’re going to be as ready as we can for the influx of people. We’re looking forward to it.”

Over the weekend, the general manager is hoping to keep the tables and chairs filled with fans.

“We do have a lot of room and hopefully we’ve got enough staff to man the rooms,” Higgins said. “We’re expecting just a great time.”

Steve Cramer, Minneapolis Downtown Council president, predicts the three-day weekend will bring about $25 million in revenue to Minneapolis. He says that money won’t just be spent at local restaurants and bars.

“We’re going to have 30,000 or so fans and visitors both to the games and all of the other activities that are going on downtown so it’s going to be a huge infusion of business,” Cramer said.

The women’s basketball tournament will be one of the biggest events hosted in Minneapolis since the start of the pandemic.

After dark times, the Downtown Council calls this an opportunity to show the city in a new light.

“This will just give us an extra boost as well as all that national attention, so there’s a lot of excitement on behalf of the business community in downtown about this event,” Cramer said. “I think everybody is going to come downtown and have a great time.”

This weekend there will be a handful of free events in downtown Minneapolis for all ages.