(ABC 6 News) – A former firefighter who cycles for the group ‘Care for Rare America‘ stopped in Rochester Monday.

Jorg Richter is currently on his third trip cycling across the United States from west to east coast.

Richter’s story began when he learned his friend’s child had a rare disease. The non-profit organization pairs together doctors and scientists to help cure children’s rare diseases.

Richter says he was even recognized at a pediatric hospital for his cycling.

"When one of the kids said we heard about you, you are the stinky, sweaty, colorful clown who’s going to show up today and entertain us. And that’s the best and biggest compliment you can get being an adult." Richter said. 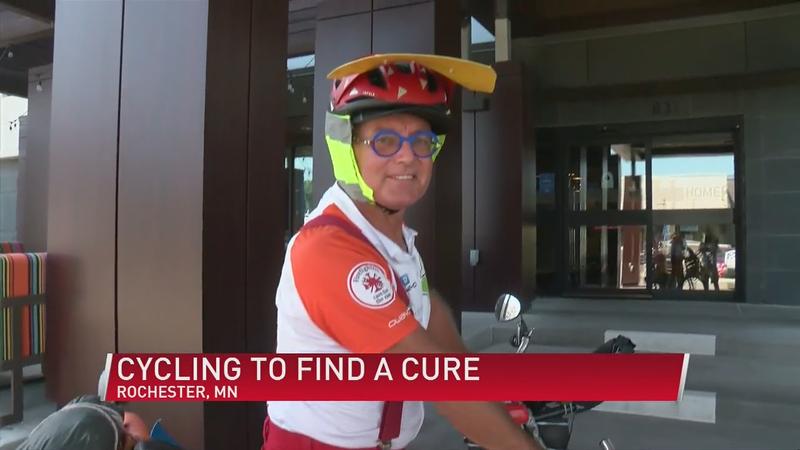 This trip includes Richter passing by the many cities across the United States along with stops in Minneapolis and our southeastern region.

As Richter cycles to his final destination in New York City, he plans to revisit and connect with the families he has met along the way.