Current candidates in the race for Minnesota governor

It was just last week Gazelka stepped down as Senate majority leader. In a press conference, Gazelka criticized Minnesota Gov. Tim Walz for his response to the pandemic and the unrest after the death of George Floyd last summer.

"It’s his failed leadership that so recklessly endangered our state. Let me ask you this: Is that the road we want to go down?" Gazelka said.

Benson’s background is in healthcare finance, and her campaign focuses on lowering taxes and protecting Minnesota’s police force. 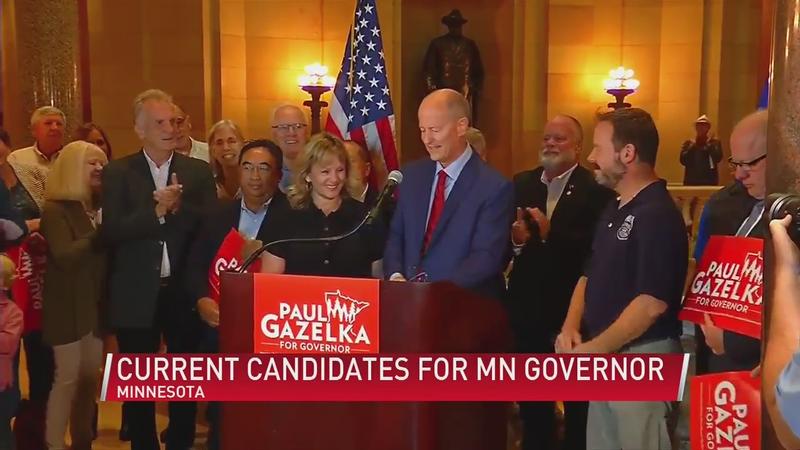 "He crippled main street businesses. He belittles those who ask questions, he creates a divide in our state that grows wider each day he’s in office," Benson said.

And Former State Senator Scott Jensen has been in the race since March.

He wrote, "Crazy talk about defunding and dismantling the police sends a message to criminals that it’s open season on gun violence."

Some others running on the GOP ticket include Mayor Mike Murphy of Lexington, Minnesota, and Mike Marti, a local business owner from Kasson.

"I think we’re at a crossroads and we need some new leadership up in St. Paul. We need some more grassroots type of representation up there so that’s why I’ve decided to run," Marti said.

As for Gov. Walz, he has not said one way or another if he will be seeking a second term.

The next gubernatorial election is in the fall of 2022.