(ABC 6 News) – While the most intense storms occurred in west central Minnesota, that doesn’t mean our region was completely immune from the severe weather Monday evening.

In southeast Minnesota and northeast Iowa, we avoided seeing tornadoes. We did, however, see damaging winds. Wind gusts were recorded between 60 and 70 miles per hour.

Rockford, Iowa saw the highest wind speed recorded at 72 miles per hour. Those gusts took out power lines and trees in several communities including Charles City and Rudd. Iowa (the latter of which is still rebuilding after severe storms and being hit by an EF-1 tornado in December) and Chatfield and Preston, Minnesota.

One town hit really hard was Forada, Minnesota. Fire Chief Stephen Van Luik offered a few words on the damage. "You know to watch places people worked their whole lives forgone in just an instant. It’s tough to see, especially all the damage. All the trees and homes and all that, it’s a lot."

The high wind also stirred up dust devils. They are often small, but visibility is greatly reduced when you’re close to or inside one.

As a reminder, make sure not to go near any power lines when they are down as there is a potential they could still be live, and you could get electrocuted if you get too close. 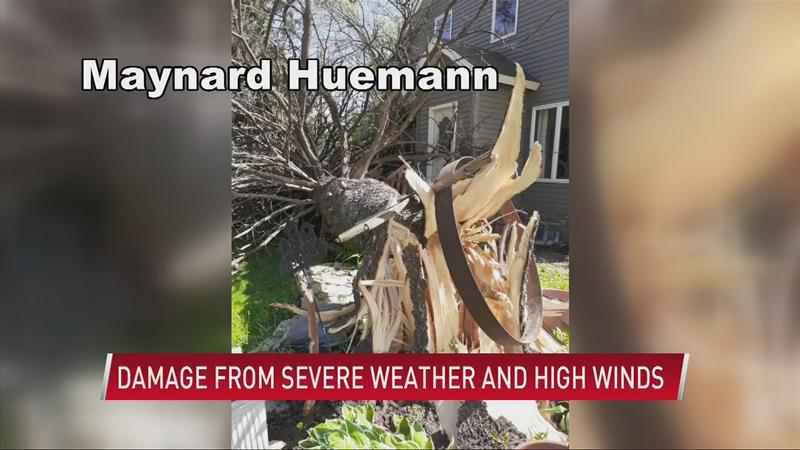