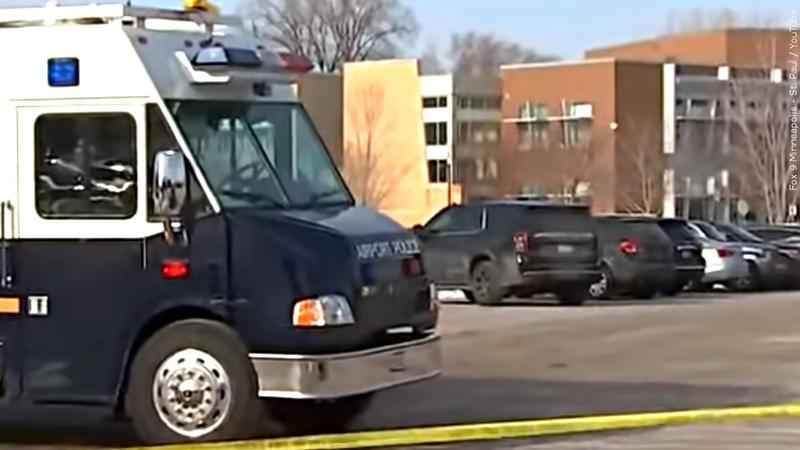 (KSTP) – A memorial of flowers, candles and balloons is growing outside South Education Center in Richfield after a student, Jahmari Rice, was shot and killed outside the school Tuesday.

Jahmari’s friends and classmates gathered at the site Tuesday night to honor and remember him.

Malcolm, who has known Jahmari since the seventh grade, said coming to the vigil was the right thing to do.

“He would’ve done it for us,” Malcolm said. “If this was one of us he would’ve been here. This is the least we could do for him.”

Richfield police say Jahmari was fatally shot around noon. He was rushed to Hennepin County Medical Center but later died. A second student remains at the hospital in critical condition.

The suspects ran away from the scene on foot, but law enforcement officers took two people into custody after they executed simultaneous search warrants at two different addresses in Minneapolis, police said in an update. A firearm was recovered at one of the residences.

“We’re losing our children. That’s a scary thing,” family friend Tiffany Walker said. “Being a mother myself, I can’t imagine what the family is going through at this point.”

Damik Bryant — whose brother, Daunte Wright, was shot and killed by former Brooklyn Center police officer Kim Potter last spring during a traffic stop — said he hopes somehow the community can come together to put the guns down.

“This gun violence has to stop,” he said. “Animosity, it’s just too much. If you were that angry, you need to go out and box.”

“Somebody say something,” she said. “We just want answers. There’s too many questions.”